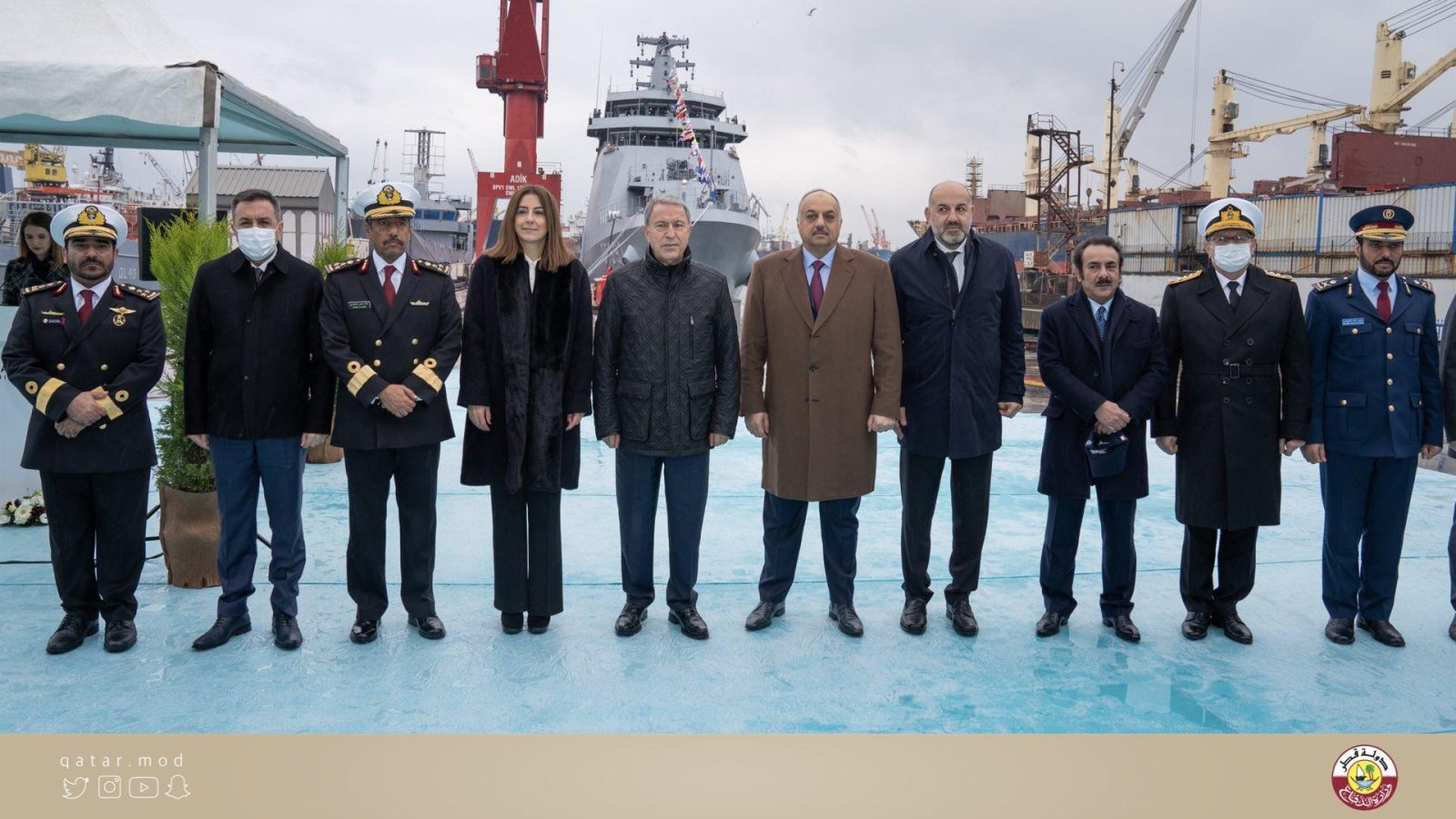 The QENF’s newest Cadet Training Ship (CTS) was commissioned into service by HE Dr Khalid bin Mohamed Al Attiyah, Qatar’s Deputy Prime Minister and Minister of State for Defence Affairs. The orders for the training vessels were placed at DIMDEX 2018 and production began in February 2019, with the first ship of the series ‘Al Doha’ (QTS 91) being delivered in August last year.

The training ship was built in Istanbul by Turkey’s Anadolu Shipyard (ADIK) and the QENF contract which involved the delivery of two such vessels, were the largest military ships built and exported by a Turkish private shipyard.

The armed training warships are of Turkish design and feature a high-strength steel hull and aluminum superstructure, with two fully functional bridges for training purposes on the ships. In addition to the ship’s complement of 66 ship personnel and 76 students, it can further accommodate another 150 personnel.

The ships have a range of more than 2,000 nautical miles and can stay at sea for 15 days without refuelling and can be resupplied through helicopter.  Both ships have an overall length of approximately 90 meters, a width of 14.2 meters and a displacement of 2,150 tons. They can achieve a top speed of 22 knots but their economic speed is 15 knots. The ships are armed with a 30mm cannon and two 12.7mm machine guns.

In addition to the two training ships, ADIK has built one Landing Craft Tank (LCT) QL80 ‘FUAWIRIT’ and two Landing Craft Mechanized (LCM) for the QENF. The QL40 ‘BROOG’, QL41 ‘ISHAT’ and one LCVP ship were launched in February and these ships are slated to be commissioned into the QENF, this year.