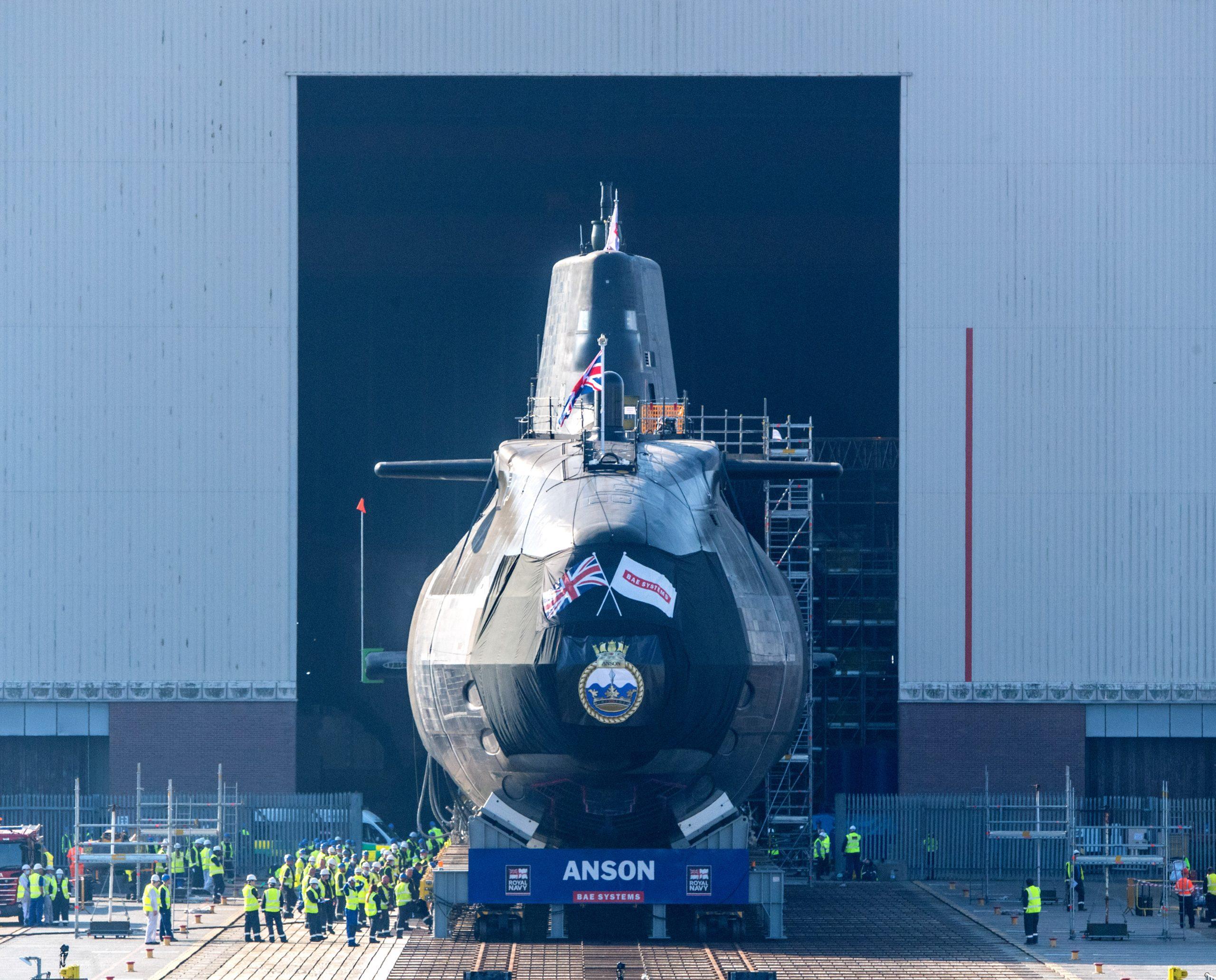 The fifth Astute Class attack submarine Anson, being built for the Royal Navy, has been launched by BAE Systems at its site in Barrow-in-Furness, Cumbria.

The 7,400-tonne nuclear-powered submarine is the fifth of seven being built by BAE Systems and was officially named Anson at a ceremony in December.

Anson is slated to leave Barrow for sea trials with the Royal Navy next year.

HMS Astute, HMS Ambush, HMS Artful and HMS Audacious, the first four submarines in the class, have already been handed over to the Royal Navy.

Two boats are currently under construction at the Barrow site.

Steve Timms, Managing Director of BAE Systems’ Submarines business, said: “The launch marks an important milestone in the Astute programme and seeing Anson enter the water at such an advanced state is a tangible demonstration of everyone’s hard work over the years.”

“We now look forward to a successful test and commissioning phase and working alongside Anson’s crew to prepare the submarine for operations with the Royal Navy.”

Measuring 97 metres in length, the Astute Class boats are the largest and most advanced attack submarines ever built for the Royal Navy.

The nuclear submarines can circumnavigate the globe submerged, producing their own oxygen and drinking water.

BAE Systems is a also member of the Dreadnought Alliance working alongside the Submarine Delivery Agency and Rolls-Royce to deliver the UK’s next class of nuclear deterrent submarines.

Two of the four submarines are under construction, with the first due to enter service in the early 2030s.

Approximately 10,000 people work on the Dreadnought and Astute programmes at BAE Systems’ Barrow site and over the next five years, the company expect to recruit more than 200 graduates and 1,500 apprentices.