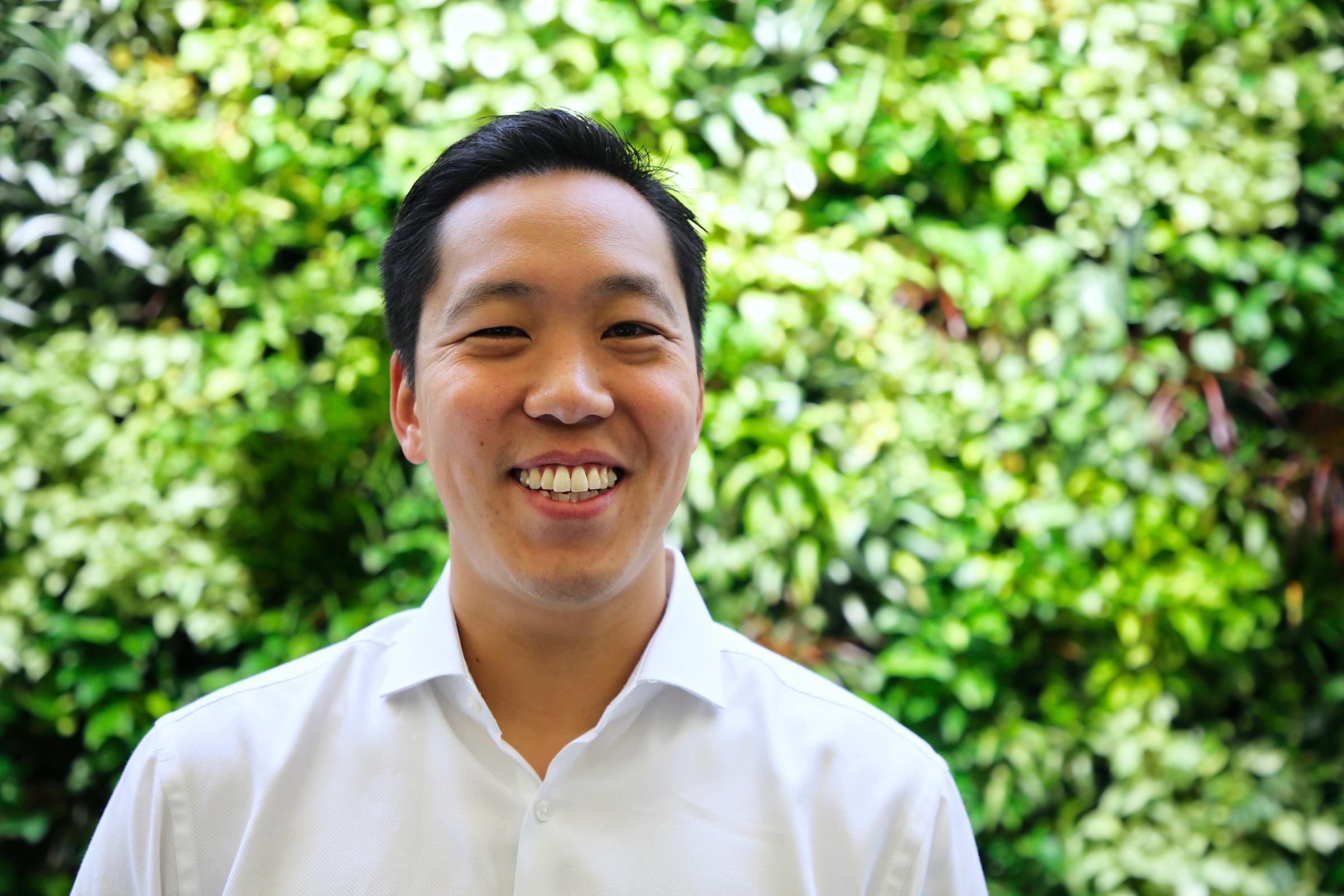 AAR’s OEM Solutions business has started the new decade with a bang, carrying forward momentum from a strong 2019.

In January, the business signed a multiyear agreement with AeroControlex to exclusively stock and sell its auxiliary power unit (APU) lube pumps and all related piece-part components worldwide. The contract follows the company signing a multimillion-dollar agreement with Mitsubishi Heavy Industries Aero Engines, Ltd. (MHIAEL) to be the parts supplier for MHIAEL’s PW4000 engine maintenance with international commercial airlines.

The company’s parts distribution business, which helps partner OEMs better penetrate the global commercial and military aircraft markets, has grown rapidly over the last few years. In 2019, companies such as BASF, Leach, Safran, Zodiac, Ametek and Woodward joined the growing list of companies that are looking to benefit from AAR’s global reach and its aftermarket expertise.Eric

“My business has doubled in the last five years,” says Eric Young, Senior Vice President, OEM Solutions. “A lot of that growth was signing agreements with existing OEM partners. They like what we have done in the past and want us to do more. OEMs offer many opportunities for us to grow with them. Our strategy is to go deep with few.”

With Asia increasingly becoming the place to be for players in the aviation industry, AAR is investing heavily in the region. The company is close to signing “major, long term contracts” with companies in Asia, says Young.

“It will be in the parts supply chain side of our business; there will be a number of announcements later this year about contracts that we will sign with companies in Japan and China. We have offices in Tokyo, Singapore and Shanghai; we are very active in the region as is everyone else.”

With America and Europe being mature markets in terms of supply chain solutions, companies are making a beeline for Asia. “We are starting to see Asian operators, both commercial and military, being more interested in being not just transactional but more strategic with partners,” says Young.

The business unit’s foray into the Asian market gained momentum in May 2018, when it signed an exclusive deal with Sumitomo Precision Products to provide global support to airlines and MRO customers for the IAE V2500 Pneumatic Starter and Starter Air Valve. “We have helped them grow their market in a big way,” says Young. “We hope to do more with Japanese OEMs, not just import to Asia but export as well.”

Surge in Interest from OEMs

Many OEMs are looking to divest a lot of the aftermarket activity, says Young. “That is not what they are good at. Everyone is focusing on their core; airlines want to set routes and sell tickets while OEMs want to design and produce products. OEMs want to capture profits from the aftermarket but that is different from wanting to sell direct. We are really a one stop shop for component and systems OEMs to monetize their intellectual property in the aftermarket.”

AAR’s strategy – growing while helping OEMs increase their aftermarket share – isn’t for companies that do not have the same breadth of service. “There is no other company that has the same combination of businesses that we have,” says Young. “We are the largest commercial trader in the used serviceable market, the largest airframe heavy check maintenance provider in North America, the largest independent commercial component repair power-by-the-hour provider in the market and one of the largest military supply chain solutions providers in the market. We are all stand-alone businesses; that allows us to be nimble.”

Apart from growing interest from OEMs in its parts distribution services, the company has also seen the industry respond enthusiastically to its online PAARTS Store. “Every month is a record month,” says Young. “Everything our business sells is factory new but in the near future, we are looking at offering used serviceable materials as well. The company also has a separate business that deals with USM.”

Young believes that the success of his business has a lot to do with the fact that it serves “like an extension” of the OEMs, complimenting their efforts. “We are not looking to replace the OEM sales force,” he says. “Many of our agreements are based on part numbers, regions or markets that are not core to their sales team but still have real value. They need someone to focus on such areas and sell more than they can. We have 100 percent data transparency with the OEMs we partner with.”

Most of the deals that the business has struck are exclusive in nature. “OEMs have very high standards,” says Young. “When they give exclusivity, they expect growth, market intel and strategy inputs. Our data analytical capabilities are one of our greatest strengths; that helps us provide the kind of input that really makes a difference.”

As per the deal with BASF that was signed in April last year, AAR is the global distributor of BASF Deoxo aircraft cabin ozone/ Volatile Organic Compounds (VOC) converters and converter Maintenance Repair and Overhaul (MRO) services. BASF’s technology reduces harmful ozone and VOC in aircraft cabin air. This technology removes ozone, which can cause adverse health effects such as headache, fatigue, irritation of the eyes and chest pain, and reduces certain hydrocarbon compounds, thus improving air cabin quality.

“BASF wants to capture the aftermarket, do more of the repair of the ozone converters,” says Young. “They were missing a big part of the repair market; a lot of third-party shops are currently doing the repairs.”

At the Paris Air Show in June 2019, AAR announced that it would be the exclusive distributor for Woodward for the promotion and sale of spare piece parts in support of U.S. Government fleets. As part of the deal, AAR OEM Solutions will provide piece part distribution for components on multiple platforms including the T700, LM2500 and TF34 engines.

“We are the only major distributor that has both commercial and military capabilities equal scale,” says Young. “On the commercial side, we have 100 salespeople around the world. On the military side, we are the largest distribution vendor to the U.S. government and sell to 30 different countries.”

One of AAR’s existing OEM product-support partners is Eaton Aerospace: AAR is an exclusive distributor for Eaton’s Fluid and Electrical Distribution division and for subsets of its Fuel and its Motion Control divisions. It also provides 24/7 AOG support for Eaton Aerospace. Unison Industries, a GE Aviation subsidiary, is a long-term partner, with AAR being the exclusive distributor and provider of AOG support.

Another partnership that Young is excited about is the one that his business has struck with Zodiac Aerospace, a member of the Safran Group. In November 2018, AAR was named the preferred global distributor for the company’s water and waste product lines. “This is our first distribution agreement with a Safran group company. We are very excited about growing that relationship.”

Other business units of the company too have been notching up contract wins. At the Singapore Airshow, the company signed a Memorandum of Understanding (MOU) to provide consulting services for Korean Aerospace Engineering & Maintenance Services (KAEMS). AAR will assist KAEMS in setting up a facility in South Korea that will provide component maintenance for the Republic of Korea Air Force’s (ROKAF) F-16 fleet. The company will also provide training for KAEMS employees at its component repair facilities in Amsterdam and New York.

Airinmar and Philippine Airlines (PAL) signed a three-year support services agreement at the Singapore Airshow by which the AAR subsidiary will provide support services covering both new aircraft warranty and value engineering. The services will supplement PAL’s current activities and focus on maximizing the recovery of PAL’s new aircraft warranty entitlements and reducing the cost of component repair.

In January, AAR Mobility Systems signed a sole-source Indefinite Delivery/Indefinite Quantity (IDIQ) contract with Defense Logistics Agency Troop Support to produce specialized shipping/storage containers and accessories, for use by U.S. Armed Forces and its allies. After signing a deal with BAE Systems Regional Aircraft in January last year, the company’s AAR Component Repair business wing expanded the scope of the contract in September to include a wider range of components.

Acquisitions on the Cards

With the US $2 billion company heading for a record financial year, there is plenty of excitement about what is in store. Young expects AAR to grow bigger in the near future.

“We have very little debt; we have the ability to do big deals, a number of them,” he says. “We are looking at potential acquisitions, but it is too early to talk about them. I don’t think you will see us doing something totally different; it has to be highly synergistic with our existing businesses. We like the niche we are in.”