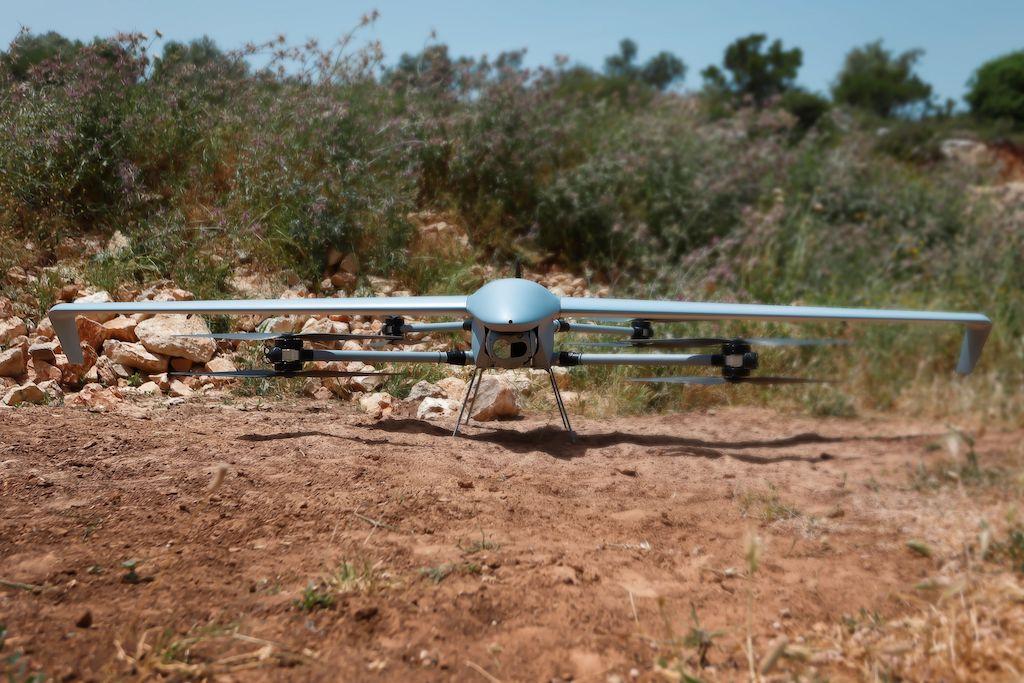 Aeronautics Group has unveiled a new Unmanned Hover Plane (UHP) called ‘Trojan’. According to the company, Trojan is a revolutionary operational concept and multi-sensor, multi-mission UHP, which enables high performance and long range and is a one-of-a-kind system, which bridges the gap between the need to hover and the need to reach long ranges.

“Aeronautics is proud to be a pioneer in the field of tactical UAS, and our latest innovative platform introduces a new category in the world of aviation, which will expand force capabilities in the field and create superiority in ISTAR missions,” says Moshe Elazar, President & CEO of Aeronautics. “Trojan is the first ever Unmanned Hover Plane (UHP), and we are delighted to introduce its unique capabilities to the world in this 25th anniversary year of the company – an important milestone for us. Just as with our other winning systems, we are constantly developing new technologies to deal with evolving battlefield and HLS challenges.”

Trojan’s revolutionary UHP configuration gives it long endurance – 2.5-hour flight time, long-range – up to 150 Km, and fast flight capabilities, combined with the capacity to carry multiple payloads up to 12 Kg in weight, all packed into a small tactical platform.

The system enables execution of demanding, complex missions by tactical base stations, each of which control up to four platforms, simultaneously. Each platform, in face of a battle scenario can channel and produce sensor data which can optimize the mission’s performance.Trojan has been designed to enable operations in harsh environments – characterized by adversary operations, day and night operational activity and extreme environmental conditions – while maintaining high efficacy within a small footprint.

The UHP’s Ground Control Station (GCS) is controlled via a user-friendly interface and can be safely operated by a single operator. Collecting field information, it supports mission planning and monitoring in all operational modes, and payload control.