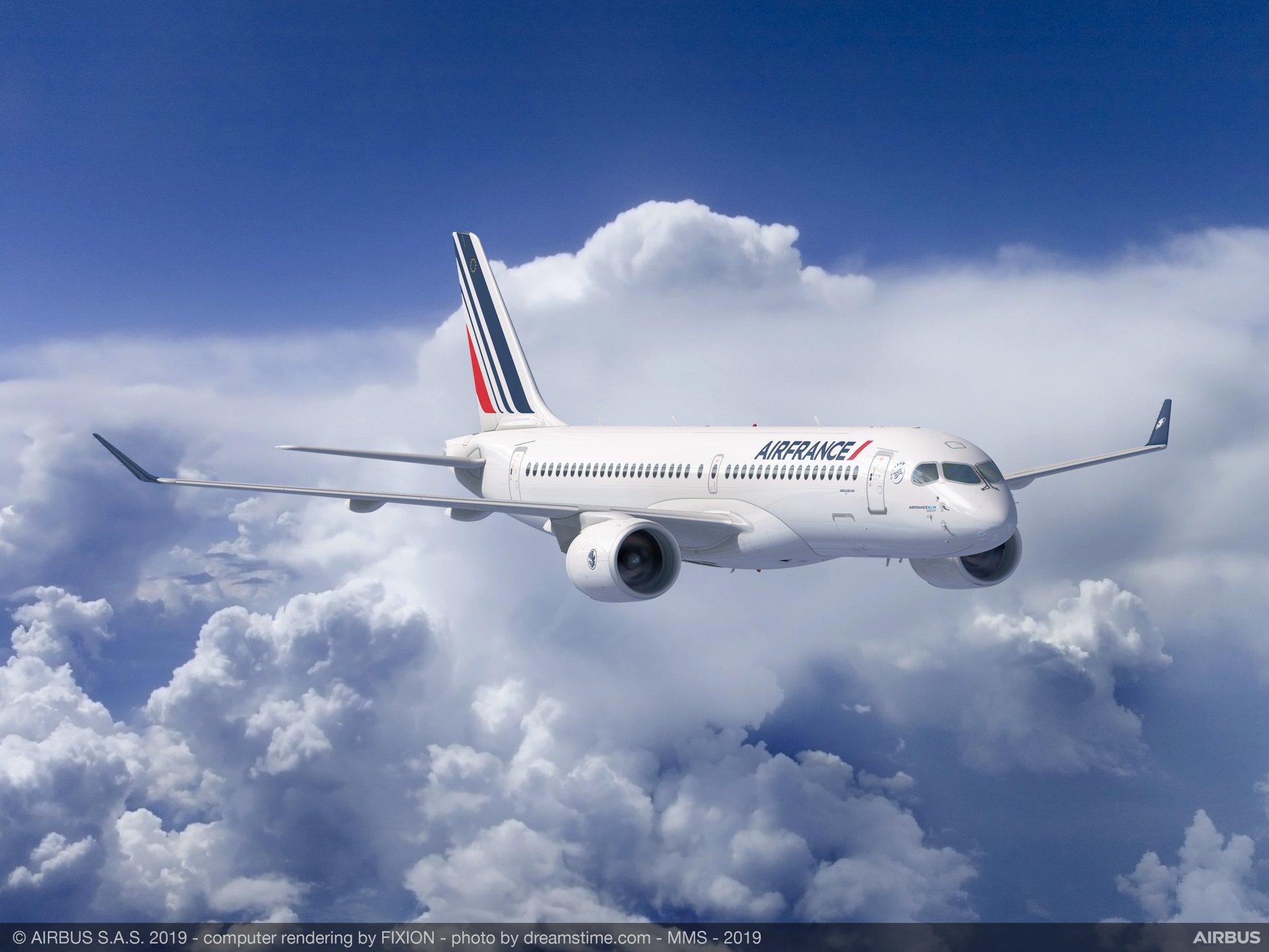 With the first A220 of the Air France-KLM Group due to fly at the end of 2021, AFI KLM E&M has developed and launched its A220 maintenance solutions.

It was in 2019 that the Air France-KLM Group announced an order for 60 Airbus A220s. Having finalized its supply-chain and industrial development program, AFI KLM E&M has positioned itself as a major player in the maintenance of the aircraft, and is equipped to support operators of the single-aisle aircraft worldwide.

The MRO has designed a complete nose-to-tail components support for A220 operators. The company is building dedicated in-house capabilities, and has invested in sufficient inventories to guarantee rapid access to spare parts, apart from adapting its engineering skills. With pool access, 24/7 AOG support, parts availability and a wide range of additional services such as Initial Provisioning and Entry Into Service support, Main Base Kit implementation, line maintenance solutions and aerostructures capabilities, AFI KLM E&M’s offer is adapted to all A220 support needs.

Additionally, EPCOR, the AFI KLM E&M subsidiary specialized in APUs and pneumatic components, announced in February that it was expanding MRO services on APU GTCP131-9C equipping the A220, licensed by the OEM.

“Whether in the Americas, Europe, Asia, Africa or Oceania, we are opening up new alternative routes for A220 operators by offering them competitive, reliable and proven solutions,” said Benjamin Moreau, SVP AFI KLM E&M Components Product. “Convinced of the airline-MRO mindset of our solutions, several A220 operators have already shown great interest in joining the AFI KLM E&M components pool.”