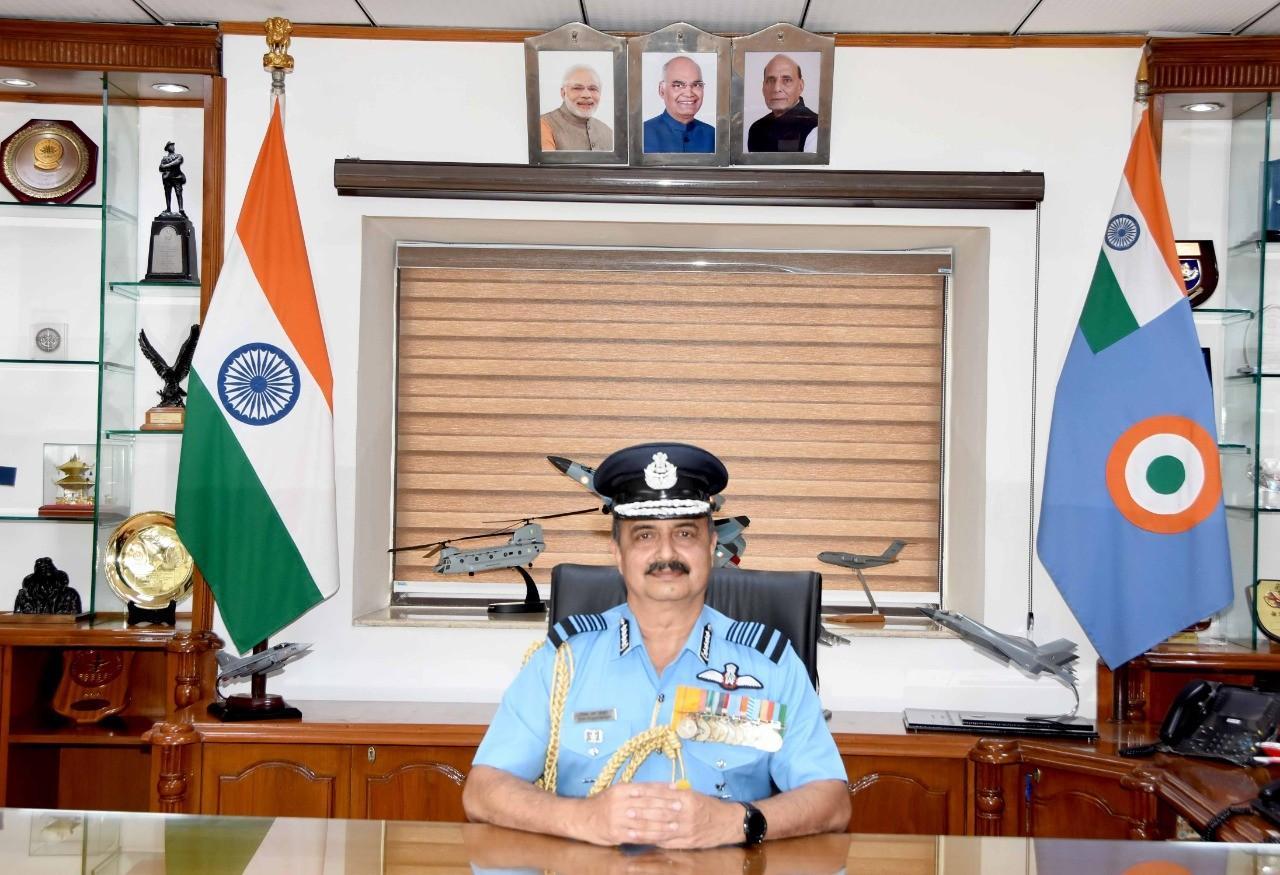 Air Chief Marshal VR Chaudhari said that he was honoured and privileged to have been entrusted with the responsibility of leading the Indian Air Force.

Outlining the focus areas for Commanders and personnel, CAS said, “Protection of our Nation’s sovereignty and integrity is to be ensured at any cost”.  He added that enhancement of operational capability through integration of newly inducted platforms, weapons and equipment with existing assets and dovetailing the same in concepts of operations would remain a priority area. He spoke on aspects of acquisition of new technology, promotion of indigenization and innovation, strengthening of cyber security, rapid adaptation of training methods to meet future demands and sustained work to nurture human resources.”

During his career spanning almost four decades, the CAS has tenanted many significant command and staff appointments.

The new IAF Chief is an experienced fighter pilot with over 3800 hours on multiple fighter and trainer aircraft.

A Cat ‘A’ Qualified Flying Instructor, he has served as an instructor at Flying Training Establishments and has also been an Air Force Examiner. He was a pioneer member of the Suryakiran Aerobatic Display Team.

The CAS was commissioned into the IAF in December 1982 in the fighter stream of the IAF.