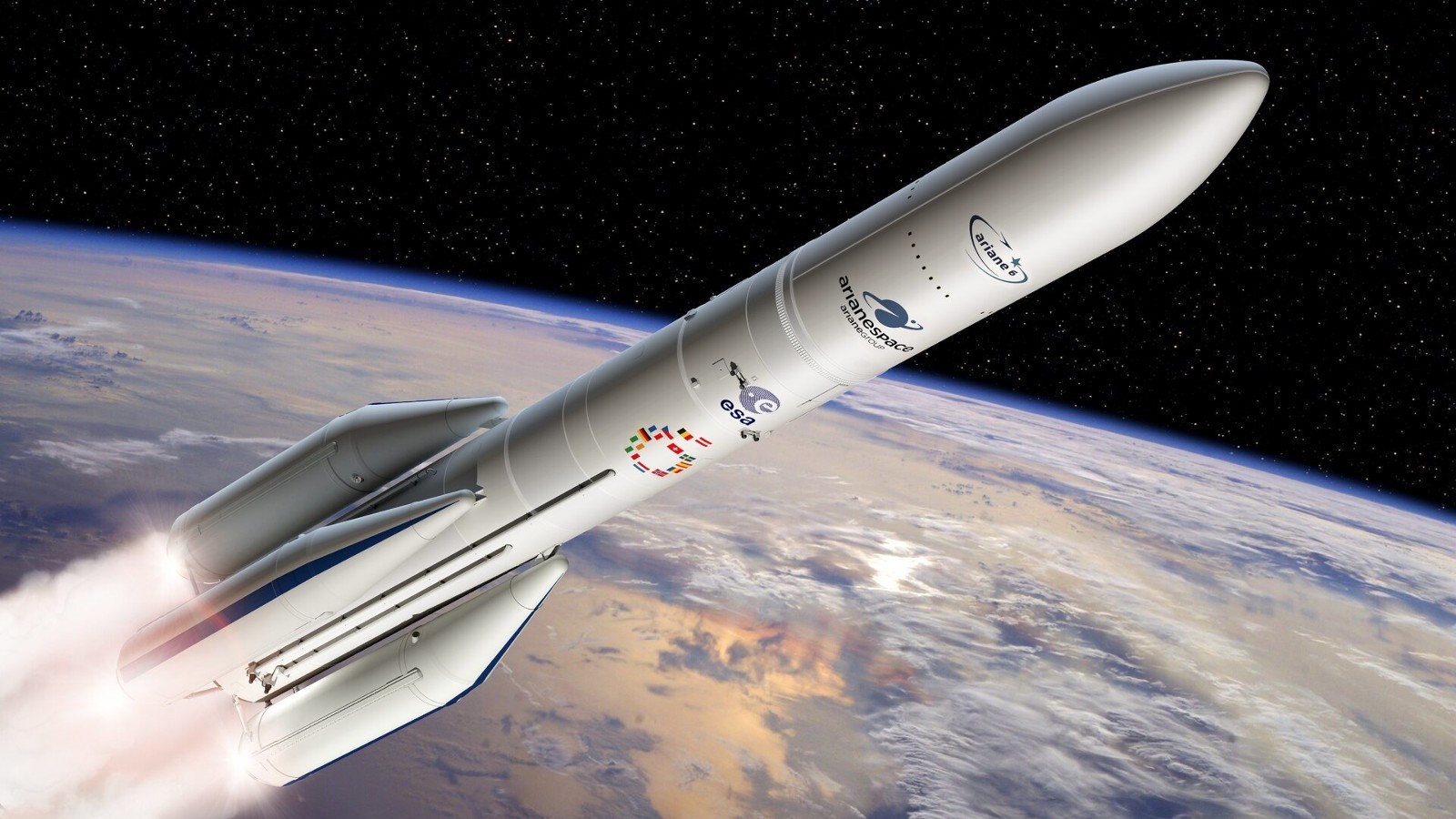 Airbus and ArianeGroup signed a contract for the next transition batch of Ariane 6 large carbon fiber structures in Spain’s capital, Madrid on Monday (Nov. 21). The contract includes the manufacturing and supply of innovative, large, lightweight structures for the next fourteen Ariane 6 launchers, to be manufactured until 2025. The contract will support ArianeGroup’s ramp-up to full production rate by then.

Airbus builds up to four carbon fiber structures for each Ariane launcher at its Getafe site, near Madrid. The new state-of-the-art 4.0 industrial facility includes a dedicated manufacturing and assembly line for the Ariane 6 launcher structures. The latest technology innovations have resulted in a reduced mass while delivering a stronger structure in a single piece at a lower cost. The Interface Structure (upper and lower) is the largest space carbon fiber structure ever produced in Europe. The other structures include the Launch Vehicle Adapter, for the upper stage; and the Equipped Solid Rocket upper part of each rocket booster.

“Signing this contract is a significant step forward, not only for Airbus and its launcher activities in Spain, but for the overall Ariane 6 programme,” said Luis Guerra, head of Space Systems in Airbus in Spain. “It demonstrates that Spanish participation is key to the future of Ariane 6 and what is next in space for Europe.”

“Following the signature of the exploitation contracts with Sabca, Europropulsion, Avio, and MTAerospace, this contract with Airbus is a new and key step towards a strong Ariane 6 European team,” said Stephane Nogatchewsky, Head of Procurement of ArianeGroup. “While the inaugural flight of Ariane 6 is getting closer and the industrial ramp-up is intensifying, this collaboration is a positive and critical milestone for the future of Ariane 6 operations. Also, unifying European actors is paramount to ensure further Ariane 6 industrial robustness, and competitiveness and preserve European autonomous access to space.”

The Ariane 6 programme is the only European asset that allows independent access to space for strategic missions, and the flexibility to launch both heavy and light payloads to a wide range of orbits for applications such as Earth observation, telecommunication, meteorology, science, and navigation.