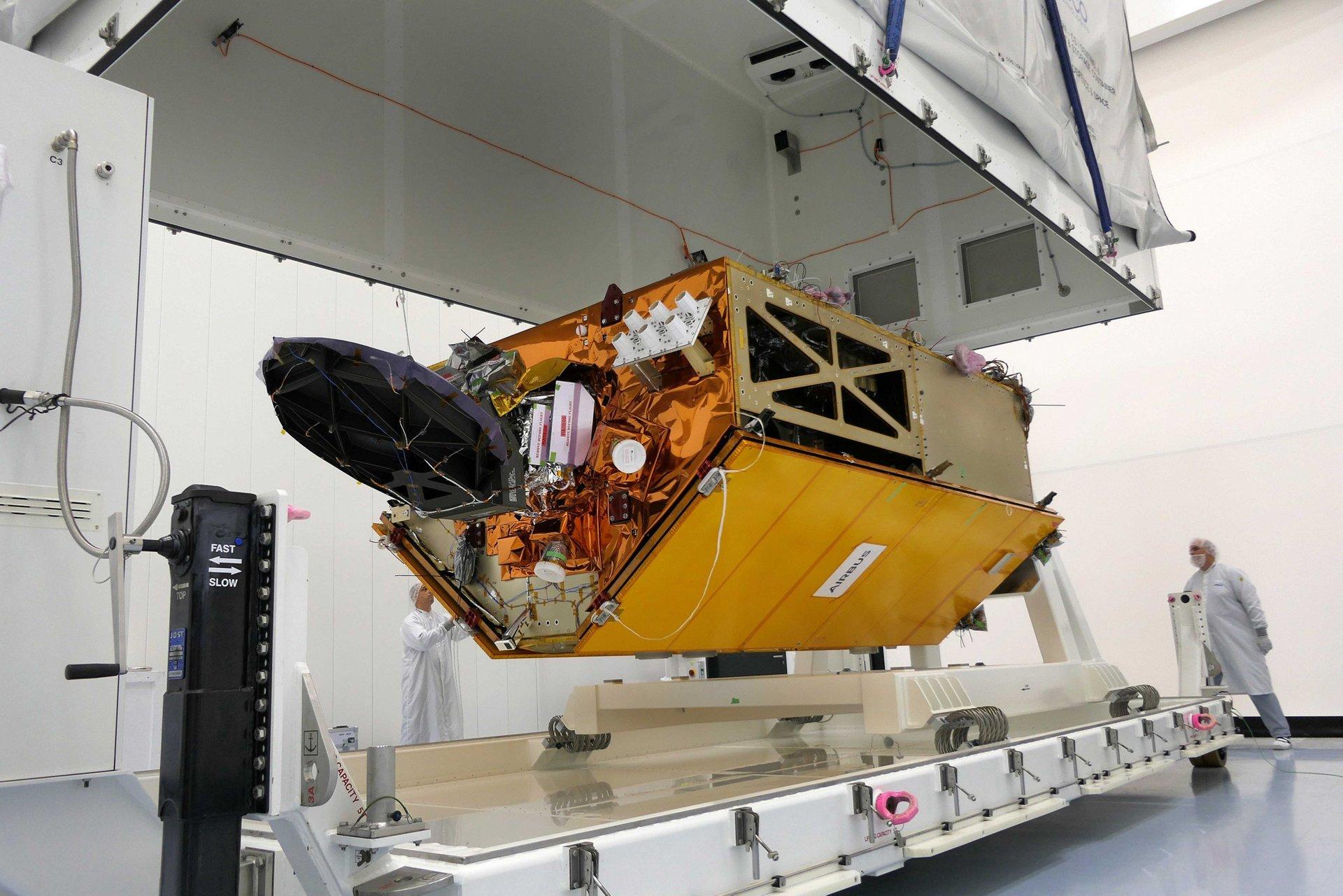 Airbus has completed the ocean satellite ‘Copernicus Sentinel-6A’, and is now sending it on its first journey. Its destination – Ottobrunn near Munich in Germany, where over the next six months the satellite will undergo an extensive series of tests at Industrieanlagen Betriebsgesellschaft mbH (IABG) to prove its readiness for space.

‘Copernicus Sentinel-6’ will carry out high-precision measurements of ocean surface topography. The satellite will measure its distance to the ocean surface with an accuracy of a few centimetres and, over a mission lasting up to seven years, use this data to map it, repeating the cycle every 10 days. It will document changes in sea-surface height, record and analyse variations in sea levels and observe ocean currents. Exact observations of changes in sea-surface height provide insights into global sea levels, the speed and direction of ocean currents, and ocean heat storage. These measurements are vital for modelling the oceans and predicting rises in sea levels.

The findings will enable governments and institutions to establish effective protection for coastal regions. The data will be invaluable not only for disaster relief organisations, but also for authorities involved in urban planning, securing buildings or commissioning dykes.

Global sea levels are currently rising by an average of 3.3 millimetres a year as a result of global warming; this could potentially have dramatic consequences for countries with densely populated coastal areas.

Two Sentinel-6 satellites for the European Copernicus Programme for environment and security are currently being developed under Airbus’s industrial leadership. While it is one of the European Union’s family of Copernicus satellite missions, Sentinel-6 is also being realised thanks to an international cooperation between ESA, NASA, NOAA and Eumetsat.

Each satellite weighs approximately 1.5 tonnes. From November 2020, Sentinel-6A will be the first of the two Sentinel-6 satellites to continue collecting satellite-based measurements of the oceans’ surfaces, a task that began in 1992. Sentinel-6B is then expected to follow in 2025.