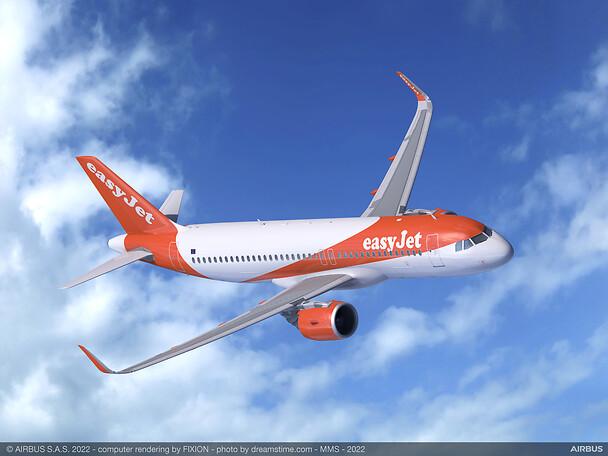 Airbus bounced back in the order competition on the third day of the show bagging a firm order of 56 A320neo Family aircraft from easyJet.

The order,  following shareholder approval, is part of easyJet’s fleet renewal and up-gauging, cost, and sustainability enhancements to the business. The agreement includes an upsizing of 18 A320neo to the larger A321neo model.

Kenton Jarvis, CFO for easyJet, said: “We believe this order will support positive returns for the business and the delivery of our strategic objectives. The new aircraft are aligned with easyJet’s sustainability strategy, with the adoption of the more efficient new technology aircraft being a core component of easyJet’s path to net zero emissions. Alongside this, the new aircraft are significantly quieter, with half the noise footprint of the older aircraft they are replacing.”

easyJet currently operates a fleet of over 300 A320 families including the A319, A320ceo, A320neo, and A321neo, making it the world’s largest airline operator of Airbus’ single-aisle aircraft. easyJet serves over 130 European airports in some 31 countries operating over 1,000 routes.

“easyJet has democratised flying for millions of travellers and we are delighted this latest agreement for 56 A320neo Family aircraft not only future proofs its growth as traffic rebounds, but also lays the foundations for its sustainability journey”, said Christian Scherer, Chief Commercial Officer and Head of Airbus International.