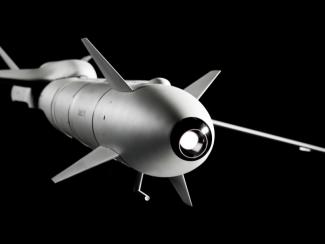 UAE-based Al Tariq is is currently in the final phases of qualification and field testing of a guidance kit on a newly developed penetration warhead and will be ready for production towards the end of 2021.

The system integration onto a new generation Penetration Warhead is a milestone achievement for the company, making it possible to field such a purpose-built warhead on the guidance kit. This new feature enhances the capability to neutralise strategic infrastructure such as bridges, reinforced shelters, control centres and fortified installations utilising the warhead’s superb penetrating performance.

Al Tariq is also briefing stakeholders on the enhancements implemented to its family of PGMs, which have recently been updated to the Block 2 specifications. The upgrade boasts a host of latest technology improvements, including an enhanced navigation solution, a new Height-Of-Burst-Sensor (HOBS) capability for airburst applications and a weapon system that is capable of being digitally integrated on aircraft requiring either MIL-STD-1760 or DIGIBUS interfacing.

The upgrade further boosts the integration of Al Tariq’s PGMs with a new “PowerPack” that equips the weapons with a pre-flight power source, as well as greater mission flexibility through leveraging cockpit fuze programmability. Rendering it highly effective in neutralising its target, the weapons system incorporates the latest Global Navigation Satellite System (GNSS) Receiver technology as well as a highly sophisticated GPS anti-jamming solution.

“Innovation lies at the heart of our operations and is critical to ensure that our weapons remain at the cutting-edge of what is required for the modern-day battlefield,” said Theunis Botha, CEO of Al Tariq. “The integration of our first-ever Penetration Warhead reflects the versatility of our PGM systems. We remain focused on providing customers with the solutions they require to maintain the highest levels of effectiveness. Our Block 2 upgrade is also testament to our commitment to delivering best-in-class capabilities in international markets.”

Al Tariq is part of the weapons and missiles cluster within EDGE, an advanced technology group for defence and beyond that ranks among the top 25 military suppliers in the world.