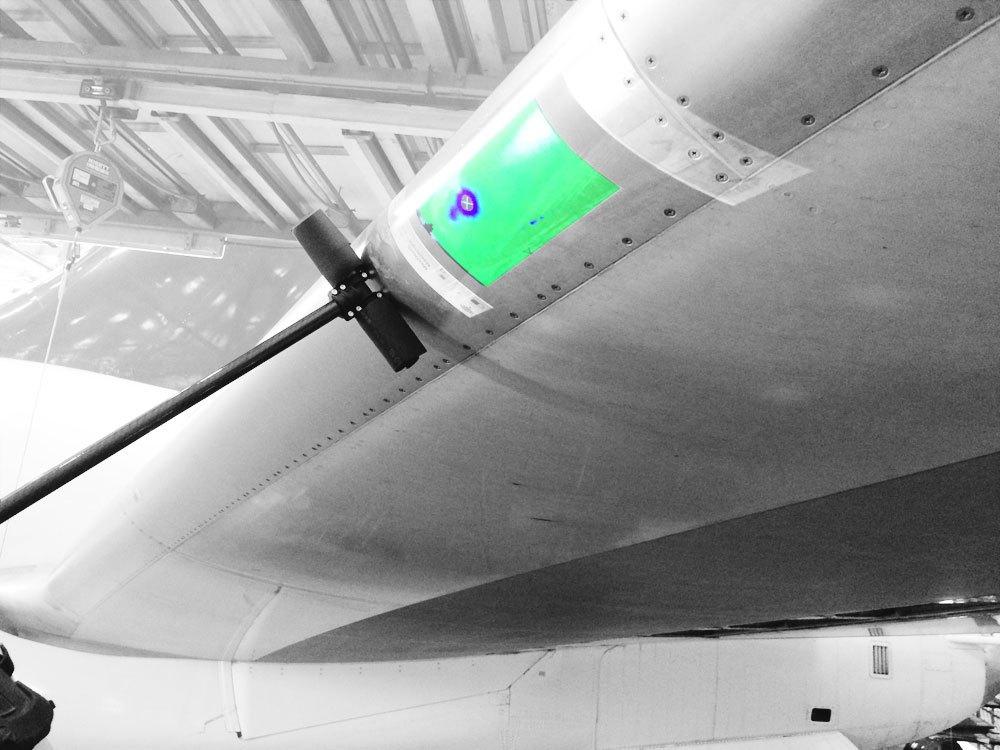 The results of the study, which involved four aircraft and almost a 100 damage locations, were  presented at the 62nd annual A4A NDT Forum in Long Beach, California.  The company is exploring the the implementation of dentCHECK across its maintenance operations, Jack Fraser, Managing Director, Technical Support & Compliance, Allegiant Air, said.

“Pre-owned aircraft comprise a majority of Allegiant’s fleet, and thus, mapping pre-existing damage is a critical part of our aircraft induction process,” said Fraser. “dentCHECK significantly reduced the time it took us to measure and report damage, while also delivering improved accuracy and consistency of measurement. We saw a drop from 92 minutes per damage location using traditional measurement methods, to only 12 minutes with dentCHECK.”

“We have been impressed with Allegiant’s rigorous evaluation methodology, and are pleased to see their results with dentCHECK reinforcing what dozens of airlines/MROs experience daily with our tool in their quest for more reliable and efficient damage-mapping and reporting,” said Arun Chhabra, CEO, 8tree. “It is rewarding to see dentCHECK’s user-centric design, intuitive one button operation and augmented reality-enabled immediate results resonating so strongly with the global aviation maintenance industry. This design approach allows us to empower users of all skill levels with instant actionable answers, not just data.”

dentCHECK, the world’s only handheld portable, completely wireless 3D scanner tool with integrated augmented reality, is now used by the world’s leading commercial, cargo and defense MROs. Over the past few years, most major aircraft OEMs have recognized dentCHECK for its efficacy in improving damage inspection and reporting. Airbus has published multiple approvals in its Tool Equipment Manuals (TEMs) for the express purpose of dent-mapping on metallic aero-structures and composite cabin floor-boards.

dentCHECK also expedites blend-out remaining thickness measurement of uniform thickness panels as per procedures outlined in Airbus’ SRM 51-11-00 and SRM 51-11-13. Similarly, Boeing’s Service Letter recognizes the use of 3D scanning tools, such as dentCHECK, for dent-mapping on all of its commercial aircraft family types.  dentCHECK’s performance has also been formally recognized for all De Havilland Dash8 (formerly Bombardier Q400) and Bombardier CRJ aircraft.

Case-studies published by Delta TechOps, TAP-M&E and easyJet, as well as news from Airbus’ Flightline and Zeppelin, demonstrate that dentCHECK drastically reduces inspection and reporting times by up to 90 percent.