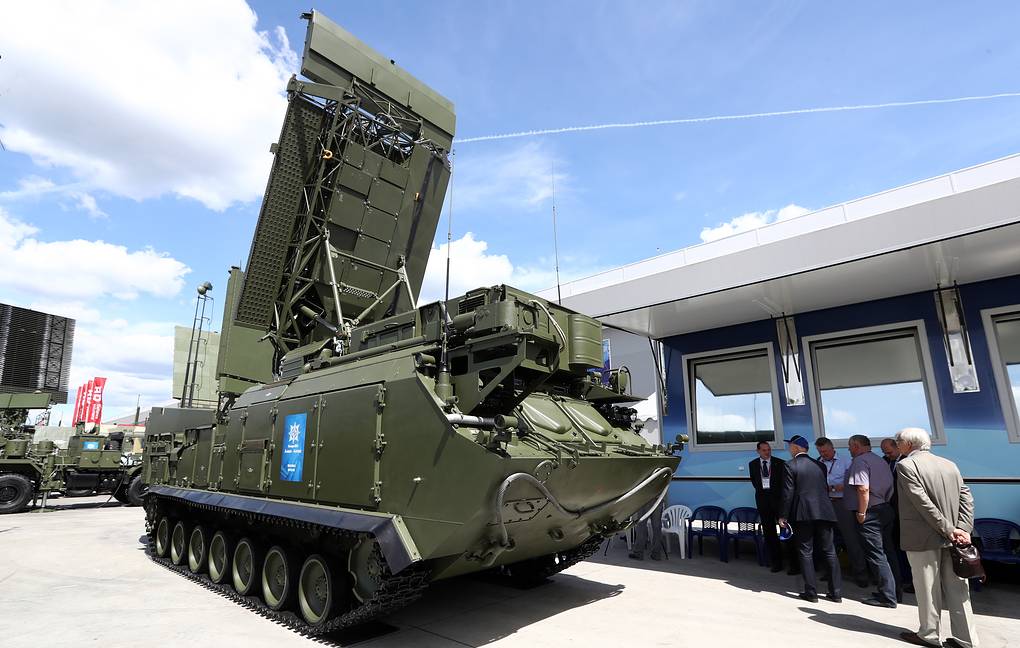 Russia’s Almaz-Antey is displaying models of the new Buk-M3 “Viking” anti-aircraft missile system for the first time in India.

The company is presenting 1:3 scale models of the Viking air defence system, including the 9M317ME anti-aircraft guided missile.

In addition, the company is presenting other offerings, including the S-400 Triumf, the S-300VM Antey-2500, several variants of the Tor missile system (Tor-M2E, Tor-M2K and others), the S-300 Reef ship-based anti-missile system, the shipborne Shtil-1 multi-channel air defence system, and the Tunguska mobile tracked self-propelled anti-aircraft system, along with the Club-S and Club-N cruise missiles (the latter are export variants of the Kalibr).

The Buk-M3, the latest production version of the Buk-line of the medium range SAM system, features upgraded electronics, a new jamming-resistant missile and tele-thermal imaging target designator, with a battery of missiles capable of tracking and targeting up to 36 targets simultaneously. The system is capable of engaging ground- and sea-based targets, as well as tactical missiles. The system began to be introduced into the Russian military in 2016, with the “Viking” being its export classification. The system can be integrated with other Almaz-Antei systems including the Antey-2500. India already has experience with the Buk-line of air defence systems, with the Shtil-1 ship-based variant used by the country’s Navy.

Almaz-Antey Deputy CEO for Foreign Economic Activity Vyacheslav Dzirkaln said that during the exhibition the company’s representatives would hold meetings and negotiations with government and business structures of India and third countries participating in the arms show and also with potential buyers of products and services.