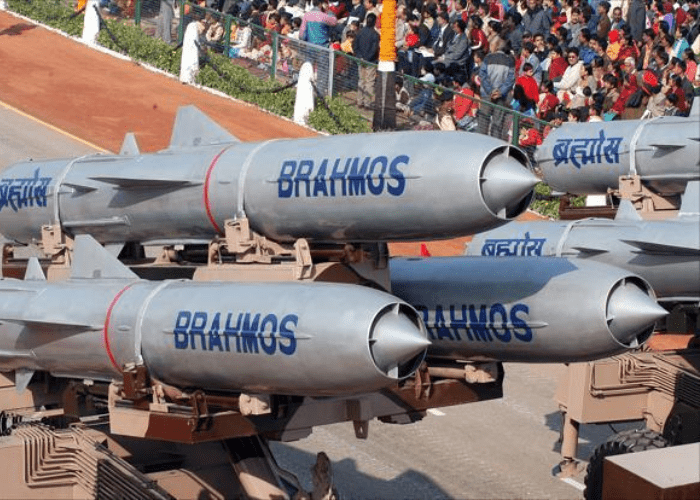 With threats from neighbouring China on the rise, India has launched a series of tests of the BrahMos supersonic cruise missile with the successful operational firing of the ground attack version of the weapon on Nov. 24 from the Andaman and Nicobar Islands region .

“The Indian Army successfully launched a 290-km range BrahMos missile as part of a multiple live test programme in a top-attack configuration, hitting a target in the Bay of Bengal with pin point accuracy. The deadly non-nuclear weapon flew almost three times the speed of sound at Mach 2.8,” an official at BrahMos told Asian Defence Technology.

The Indo-Russian developed BrahMos land-attack missiles are already deployed in Ladakh and Arunachal Pradesh bordering China, which is making aggressive postures along the borders.

The Land based Weapon Complex comprises four to six Mobile Autonomous Launchers (MAL) controlled by a Mobile Command Post (MCP), and a Mobile Replenishment Vehicle (MRV). MAL is an autonomous vehicle with its own communication, power supply and fire control system.

Three BrahMos missiles placed in three independent containers are installed on the MAL. The missiles can be fired on three different targets or in a variety of other combinations near simultaneously. The land based version is also equipped with Inertial Navigation System and Global Positioning System.

All three services of the Indian military have the BrahMos supersonic cruise missile in their arsenal. The Navy and the Air Force — which have equipped its Sukhoi Su-30 MKI fighters with the missile — are also likely to carry out tests this week.

“Plans are on the anvil to extend the range of the missile to  hit a target in the 800 km range. This is expected to be tested in mid-2021,” the official informs.

The Indian military is already preparing to make the enhanced version of BrahMos with a strike range of 400 km. The version has been successfully tested three to four times and is expected to be operational soon.

“We are also working on a 1,500-km range missile,” the official adds. “Initially it will be a land-based missile, but once proved successful, it will only need minor modifications to fire from the air and water.”

The air-launched version of the BrahMos supersonic cruise missile, with an operational range of about 300 km, recently received combat clearance.

“The missile system has received ‘fleet release clearance’ from the Centre for Military Airworthiness and Certification of Defence Research and Development Organisation,” the official says.

The air force version called the BrahMos Air Launched Cruise Missile (ALCM) – was successfully test-fired for the first time from the Sukhoi-30MKI aircraft against a sea-based target in the Bay of Bengal in November 2017.

In May 2019, India again successfully test-fired the  missile from its frontline Sukhoi Su-30MKI fighter aircraft, paving the way for the induction of the missile into its air force.

“The fleet release clearance  was the final clearance and now the Indian Air Force  (IAF) can deploy all the fighter jets equipped with BrahMos in a combat mission,” the official adds.

BrahMos is a joint venture between DRDO of India and NPO Mashinostoyenia (NPOM) of Russia. NPOM is part of Tactical Missile Armament corporation.