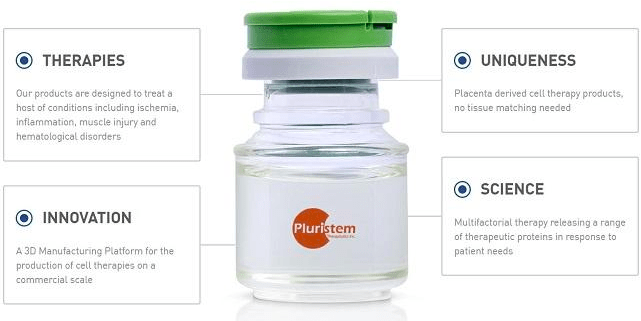 An Israeli company has completed a series of tests with the US department of defense and says that it has achieved very good results from a medicine aimed at protecting soldiers from radiation.

According to the Israeli company Pluristem Therapeutics Inc. ,the tests with the company’s PLX-R18 cell therapy product resulted in positive results.

The tests were conducted by the US Department of Defense’s (DoD) Armed Forces Radiobiology Research Institute at the Uniformed Services University of the Health Sciences.

The Israeli company says that the studies were designed to evaluate PLX-R18 as a potential prophylactic countermeasure against acute radiation syndrome (ARS) administered prior to radiation exposure.

The tests performed on animal demonstrated that PLX-R18, administered 24 hours before radiation exposure, and again 72 hours after exposure, resulted in a significant increase in survival rates, from 4% survival rate in the placebo group to 74 per cent in the treated group.

The Israeli company says that In addition, the data shows an increase in recovery of blood lineages (platelets, neutrophils, white blood cells, and lymphocytes) and a favorable safety profile.

“We are very pleased with the positive results from the studies showing that PLX-R18 can potentially be used prophylactically, before exposure to radiation. We believe that this outcome is an important contribution to protect the armed and medical forces which may need to enter contaminated areas,” said Yaky Yanay, President and Chief Executive Officer of Pluristem.

“It is Pluristem’s goal to provide the different federal agencies access to PLX-R18 that it may be used as a countermeasure both before and after radiation exposure in order to minimize hematological and other organ damage. We look forward to the continued development of this unique agent as an off the shelf product.”

The Israeli company says that data from these studies demonstrated a significant increase in survival rates and enhanced neutrophil and lymphocyte recovery in radiation subjects.

According to the Oxford academic journals the Department of Defense (DoD) issued policy guidance on global health engagement codifying these priorities for the first time in 2013, and is now developing the corresponding implementing instructions and a Joint Concept of Operations. According to the paper in this website “Low dose” in the military context means ionizing radiation exposure in the dose range where there is no immediate performance decrement, but there is exposure-related risk of long-term health consequences.

For example, in the Fukushima disaster, about 150,000 residents were evacuated and another 20,000 relocated on their own. Radiation exposures from the disaster were low across the population: there were no cases of acute radiation injury even among emergency response personnel, and among the general population, there are only 14 people believed to have received more than 15 mGy, whereas 99.8 per cent were under 5 mGy and the average additional exposure for all enrollees over the 4 months following the disaster was less than 1 mGy.

The gray is a derived unit of ionizing radiation dose in the International System of Units. It is defined as the absorption of one joule of radiation energy per kilogram of matter.

At the population level, these doses are too low to represent a measurably increased health risk. However, radiation stigma and distress among displaced persons remain substantial, and medical follow-up has provoked ethical debate.

The tests with the Israeli developed treatment were made on lab animals. So far on mice and now they move to monkeys. All these tests according to the company , are being performed according to strictest federal regulations.

The Israeli company has developed a version of the medicine that will help treat people that have been exposed to dangerous radiation.

Last year the US Food and Drug Administration (FDA) has cleared the Company’s Investigational New Drug (IND) application for its PLX-R18 cell therapy in the treatment of acute radiation syndrome (ARS).

The IND allows Pluristem to treat victims who may have been acutely exposed to high dose radiation due to nuclear attack or accident.

The company says that with this IND in place, it has started the necessary preparations in order to keep an emergency stock of PLX-R18 on hand for use in such events.