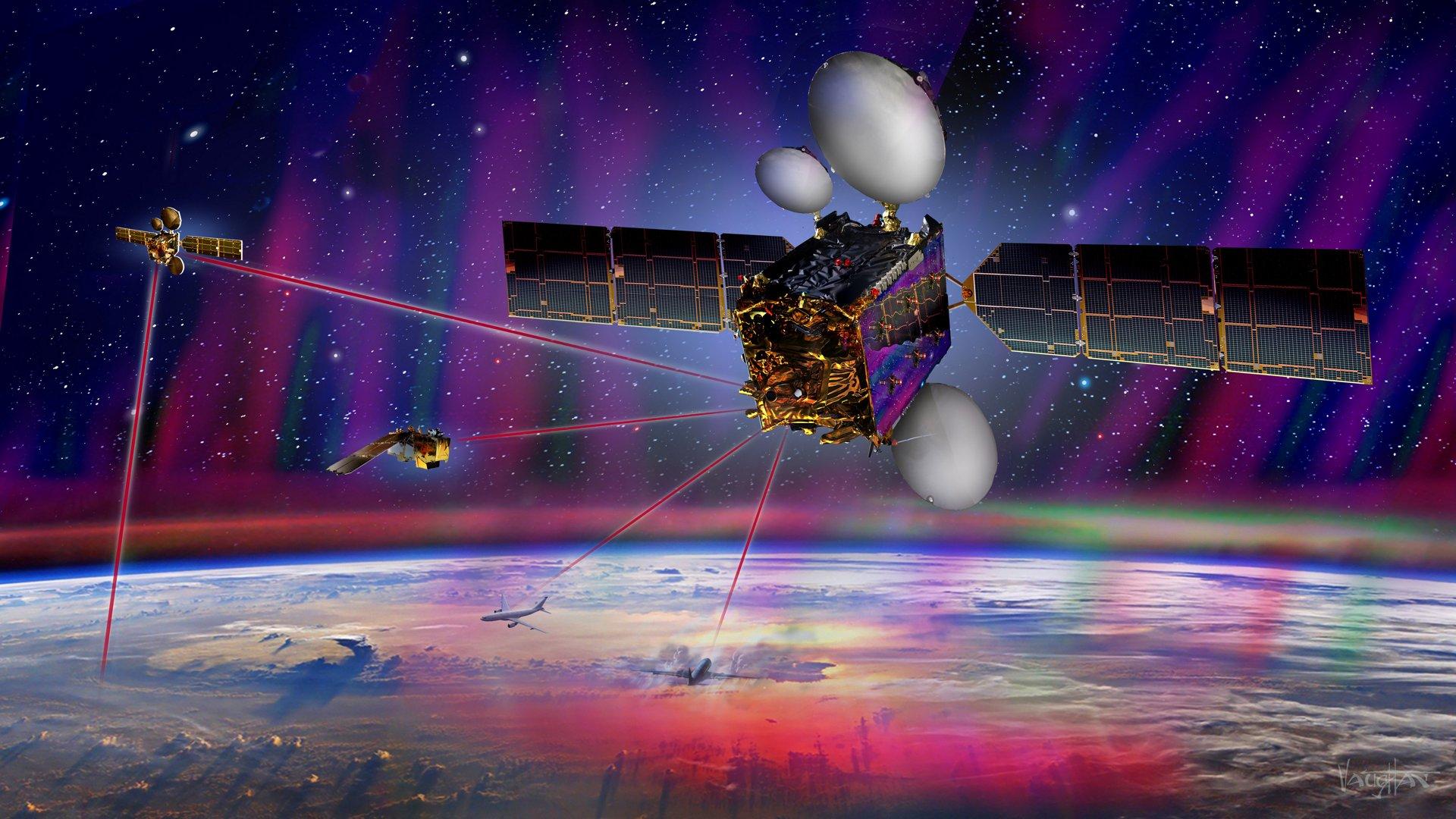 The EDRS-C satellite, the second node of the SpaceDataHighway network (also known as EDRS, European Data Relay System), has been successfully launched into geostationary orbit at 31° East by an Ariane 5 rocket from Kourou, French Guiana. After a test period, it will double transmission capacity of the system in order to serve two observation satellites simultaneously and provide redundant back-up for the SpaceDataHighway.

This second satellite is joining EDRS-A which transmits on a daily basis the images of Earth acquired by the Copernicus programme’s four Sentinel observation satellites. Since it entered service in late 2016, it has achieved more than 20,000 laser connections. The reliability rate has reached 99.5%, and these successful connections have downloaded more than 1 petabyte of data. Full operations including EDRS-C are expected by the end of 2019, when its inter-satellite link and end-to-end service will be tested and commissioned with the Sentinel satellites.

The SpaceDataHighway is the world’s first ‘optical fibre’ network in the sky based on cutting-edge laser technology. It is a unique network of geostationary satellites permanently fixed over a network of ground stations that can transmit data at a rate of 1.8 Gbit/s. It will be a key component of the Airbus Network for the Sky (NFTS) programme. NFTS combines various technologies – satellite and ground communications, air-to-ground, ground-to-air and air-to-air tactical links, 5G mobile communications and laser connections – in a resilient, unified, secure, highly interoperable, mesh network for aircraft, UAVs and helicopters.

“The SpaceDataHighway makes our data connections more secure, more stable, more reliable, with more bandwidth and in near real time. The launch of our second satellite is just the start, laser communication will be a revolution for many industries,” said Evert Dudok, Head of Communications, Intelligence & Security at Airbus Defence and Space.

A third communication node is to be positioned over the Asia-Pacific region by around 2024. Equipped with three laser terminals, EDRS-D will significantly increase the system’s communication capacity and considerably expand its coverage.

From 2021, the Pleiades Neo Earth observation satellites will begin to use the SpaceDataHighway. By the end of 2019, the system will also provide a fully European broadband communication service to the Columbus module of the International Space Station (ISS).

The SpaceDataHighway is a public–private partnership between the European Space Agency (ESA) and Airbus, with the laser terminals developed by Tesat-Spacecom and the DLR German Space Administration. Airbus owns, operates and provides commercial services for the SpaceDataHighway. The EDRS-C satellite platform supplied by OHB System AG is also carrying a payload for Avanti Communications.