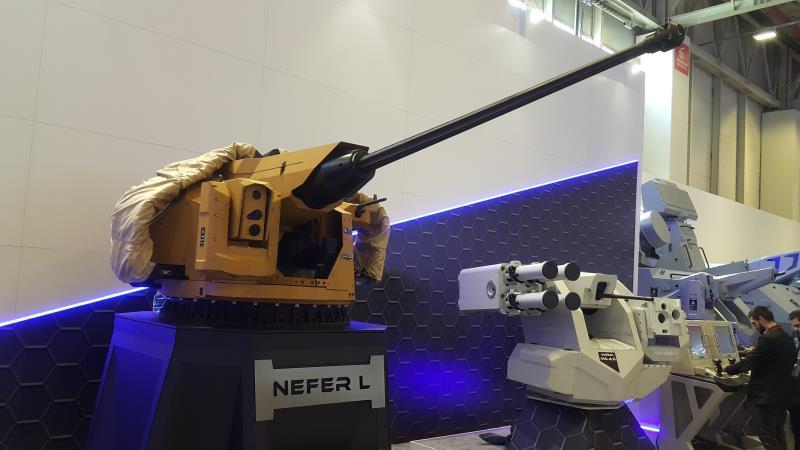 The remote controlled weapon station (RWS) , indigenously developed and designed by Aseslan, can be integrated on light tracked or wheeled armored vehicles. The turret is designed to have a low silhouette with a weight of less than 1,000 kg armed with a 25mm cannon. The NEFER-L RWS is capable of being armed with a wide range of weapons, including 25 or 30 mm automatic cannons for the main weapon as well as a 7.62mm coaxial machine gun.

The RWS offers ballistic protection up to Level 2 STANAG 4569 against the firing of small arms 7.62×39mm API (Armor-piercing ammunition). The turret, which can be used against a moving or stationary target while the vehicle is on the move, has a traverse of 360° with an elevation from -20° to +60°.