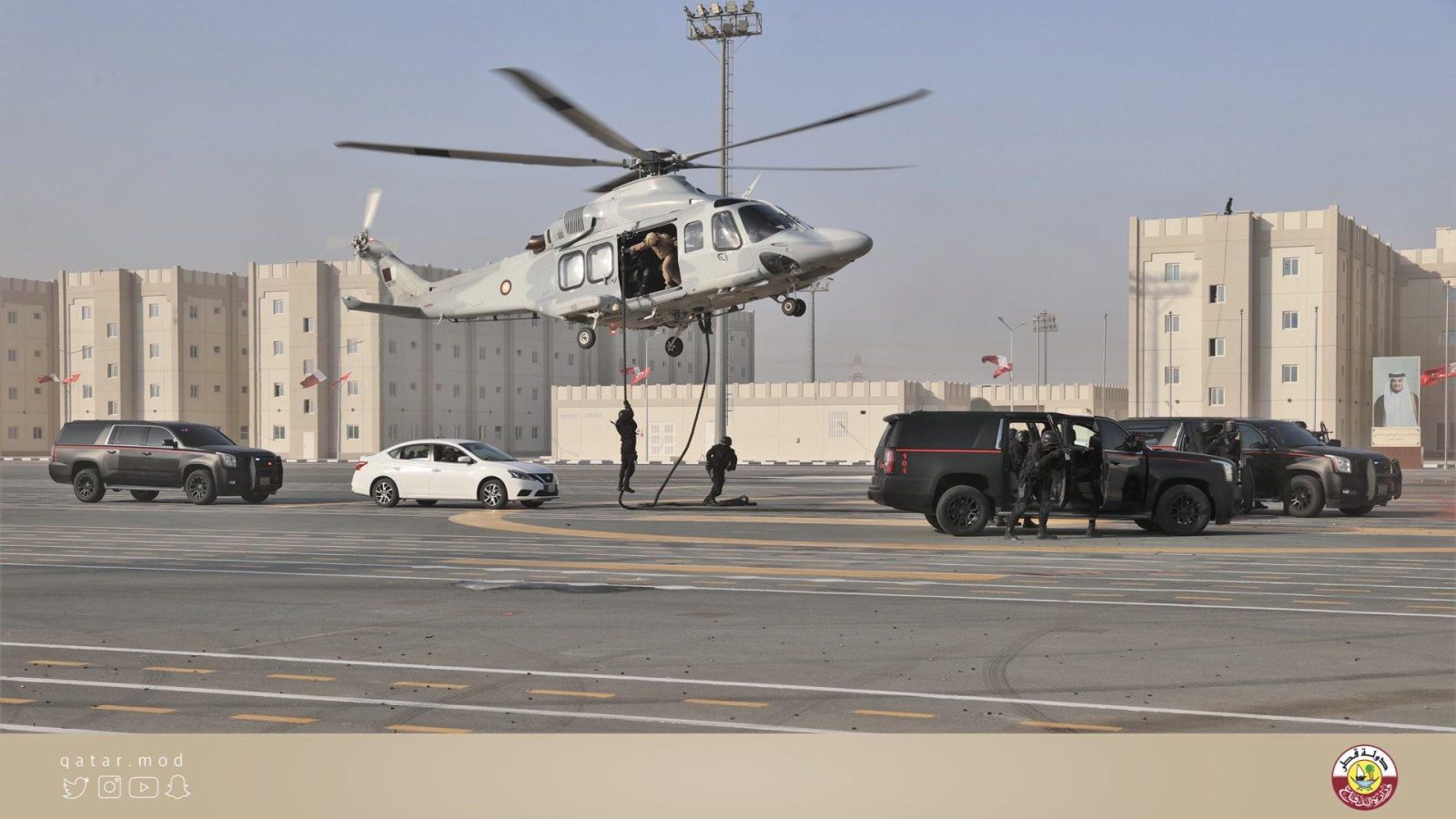 A panel comprising world-renowned experts from different regions will discuss the biggest challenge to the maritime domain – asymmetric threats- at the Middle East Naval Commanders Conference (MENC), which will take place Tuesday as part of the ongoing DIMDEX 2022.

The day-long conference, which will have two sessions, assumes critical importance as it is being organised in the backdrop of myriad modern-day naval security challenges and the region’s complex maritime environment. The conference theme – ‘Resilience in the Maritime Domain – Confronting Asymmetric Threats,’ will see icons in the field delve into one of the most pressing challenges for naval forces around the world in an attempt to find global and locally applicable solutions.

Admiral Jacques Fayard, Joint Commander of the French forces in the Indian Ocean, will kick off the second session by sharing his thoughts on countering asymmetry with multilateral symmetry. David Des Roches, Associate Professor at the Near East South Asia Center for Strategic Studies, will then hold forth on ‘Modern Asymmetric Warfare at Sea and in the Gulf’ while Rear Admiral Takeshi Yoshioka, Director General, C4I Department, Maritime Staff Office, will share  Japan’s Vision and talk about the efforts of the Japan Maritime Self-Defence Force (JMSDF) for a free and open Indo-Pacific. Dr. Steven Wright, Associate Dean and Associate Professor – HBKU, will then speak about ‘The Interrelationship of Resilience in the Gulf and a Maritime Security Complex.”

“As the centre of gravity for security in the Gulf, it is important that the various challenges to actors in the maritime domain are well understood and where possible mitigated,” Dr. Andreas Krieg, MENC Conference Director. “MENC 2022 will address these challenges in an effort to achieve a higher degree of resilience of critical maritime infrastructure and waterways around the Arabian Gulf and connected waterways.”

Staff Brigadier (Sea) Abdulbaqi Saleh Al-Ansari, Chairman of DIMDEX, is confident that the knowledge gleaned from high-level panel discussions at the conference would provide answers to key naval security challenges and help further strengthen Qatar’s defence infrastructure. “The value that MENC adds to DIMDEX is incalculable. The conference will provide attendees a golden opportunity to listen to some of the best minds from across the world in the field of maritime defence and security as they discuss issues that are relevant to not just the regional security complex of the Arabian Gulf but also the entire global maritime domain.”