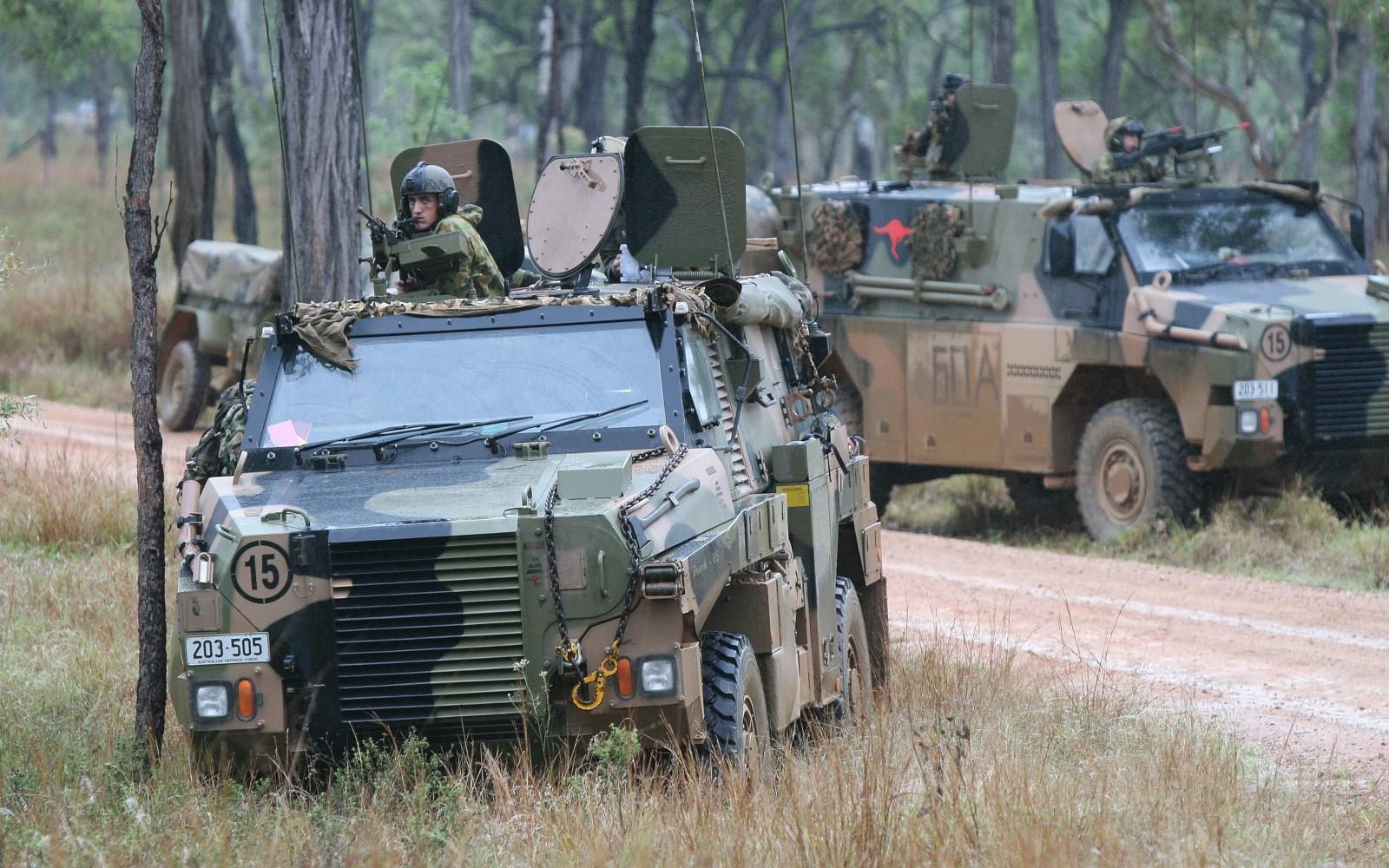 Australia will donate fifteen units of Bushmaster Protected Mobility Vehicle (PMV) to support the Indonesian peacekeeping force under the United Nations. Indonesia will also procure more Bushmaster PMVs from Australia in the near future,

A decision to this effect was taken at the 2X2 meeting between Indonesian and Australian defense and foreign ministers in Jakarta on Sept. 9.

The meeting also resulted in the signing of the renewed Defence Cooperation Agreement (DCA) to serve as a basis for comprehensive defense cooperation between two countries. The two countries also signed two Memoranda of Understanding (MoU) on countering terrorism and violent extremism, and on cyber cooperation and emerging cyber technology.

The Bushmaster PMV is a 4×4 armored vehicle produced by Thales Australia. The 12.4 tonnes vehicle has a capacity of 10 personnel, including a driver, and has a mine-resistant construction due to its V-shaped hull. It can be fitted with a manned or Remote-Controlled Weapon Station (RCWS) armed with a 7.62 mm or 12.7 mm machine gun up to a 40 mm automatic grenade launcher.

Powered with a 300 HP diesel engine, the vehicle can reach a top speed of 100 km/h on paved road and has a maximum range of about 800 km on full internal fuel.

Indonesia has been operating four Bushmaster PMVs since 2014. In 2016, Indonesian state-owned company PT PINDAD collaborated with Thales Australia to develop a Bushmaster PMV variant called “Sanca” (Python), of which 50 have been ordered and delivered to Indonesian peacekeeping and special forces.