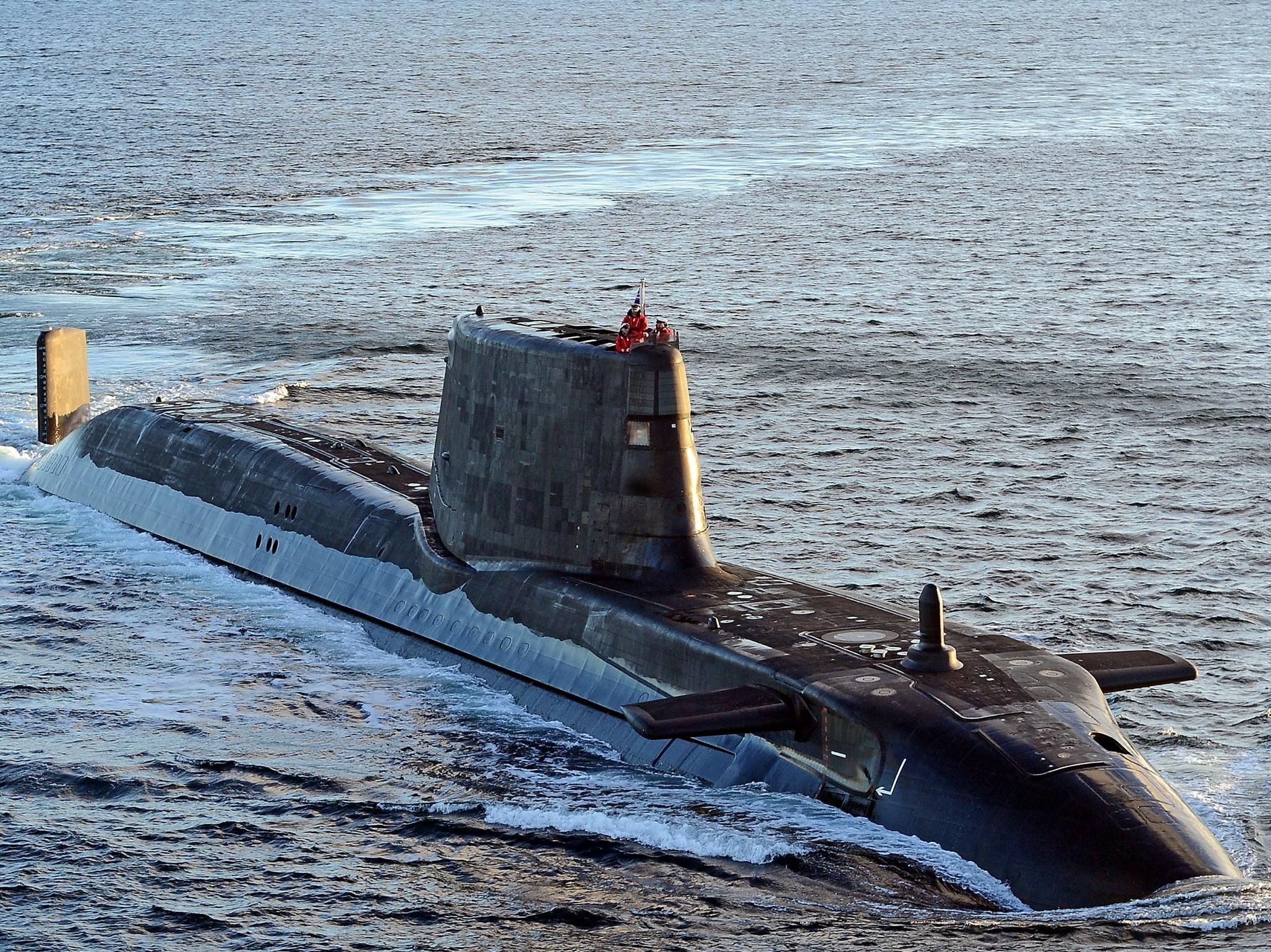 On the day that Australia declared that it would not go ahead with its 2016 submarine contract with Naval Group but would instead buy a fleet of nuclear-powered submarines, it was revealed that the country has already initiated discussions with the UK about acquiring a nuclear submarine capability.

Replying to questions following his keynote speech at DSEI on Thursday, UK Defence Secretary Ben Wallace said that Australia had approached the UK about acquiring a nuclear submarine capability in March. “The AUKUS trilateral agreement with Australia and the United States will first and foremost support Australia in acquiring new nuclear-powered and conventionally armed submarines.

“I understand France’s disappointment at the cancellation of the diesel-electric deal. It was a big deal. It was done in 2016 … If it happened to us, I’d be deeply disappointed on behalf of the industries that I represent as the defence secretary…Of course, I would be disappointed, but fundamentally, this was about an Australian decision to change its capability requirement, and it took that decision.”

It was on Sept. 16 that Australian Prime Minister Scott Morrison announced that the country was terminating the $90 billion (US$65.88 billion) contract that it had signed with France’s Naval Group for the construction of 12 conventional submarines. The same day, Morrison, U.S. President Joe Biden and U.K. Prime Minister Boris Johnson jointly announced the formation of a new tripartite alliance known as AUKUS, under which the first initiative will to build at least eight nuclear-powered submarines for the Royal Australian Navy.

Australia has established a Future Nuclear Submarine Task Force that will work with U.K. and U.S. over the next twelve to eighteen months to determine the best way to acquire the boats. The specific type of nuclear submarine is yet to be determined, but the country is likely to choose between the U.S. Virginia-class vessel or Britain’s Astute-class attack submarine.

“We intend to build these submarines in Adelaide, Australia in close cooperation with the United Kingdom and the United States,” Morrison said. “But let me be clear: Australia is not seeking to acquire nuclear weapons or establish a civil nuclear capability and we will continue of meet all our nuclear non-proliferation obligations.”

“For five years, Naval Group teams, both in France and in Australia, as well as our partners, have given their best and Naval Group has delivered on all its commitments,” it added.