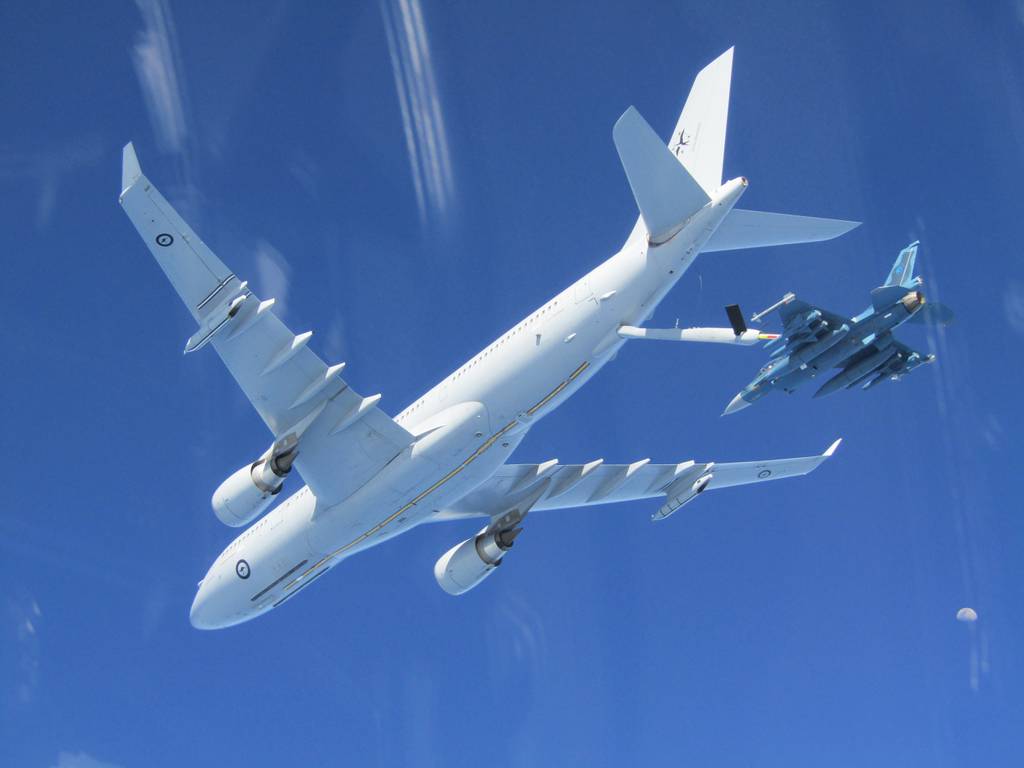 During recent interoperability trials between Japan and Australia, a little slice of history was made as an Australian tanker refueled a Japanese fighter jet in the air for the first time.

The refueling exercise involved a Royal Australian Air Force KC-30A tanker aircraft and Japan Air Self-Defense Force Mitsubishi F-2 jets. The two aircraft were participating in a flight test engineering program, in Japan during April, to ensure the mechanical compatibility between the KC-30A’s and F-2′s systems.

While the KC-30A operated out of Komaki Air Base in Nagoya that houses Japan’s KC-767 tanker fleet, the F-2s that took part in the program were from the Air Development and Test Wing based in Gifu.

The program culminated with nine flights that saw the F-2 refuel from the KC-30A, flown in a variety of lighting conditions — daylight, dusk and nighttime. Photos released by the Australian and Japanese air forces from the flight tests showed F-2s carrying up to four surrogate Type 93 anti-ship missiles and AAM-3 air-to-air missiles.

The program will facilitate the increasing complexity and sophistication of bilateral engagement between both nations, said Air Vice-Marshal Darren Goldie, air commander Australia. The program is the result og of two years of close cooperation between the Royal Australian Air Force’s Aircraft Research and Development Unit and Japan’s Air Development and Test Wing, he added.

“This is the first time that a RAAF aircraft has refueled a JASDF aircraft, and will help build the special strategic partnership between Australia and Japan,” Goldie said.

The Japan Air Self-Defence Force will, for the first time, participate in the upcoming Pitch Black 22., a large-scale air combat exercise involving multiple nations that is scheduled to be held in August in Australia’s Northern Territory.