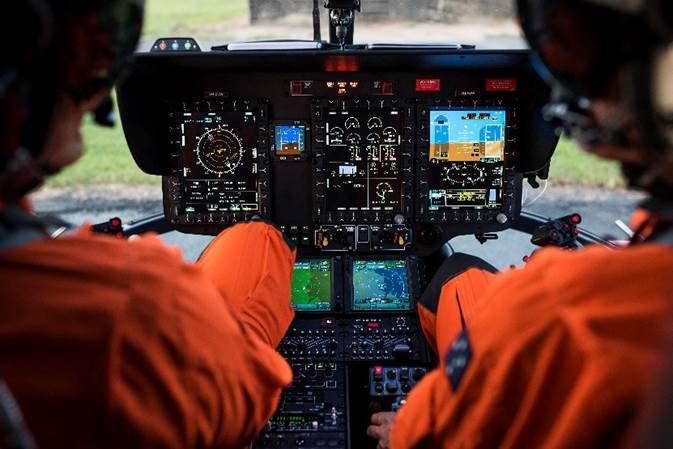 Aviator operates its H135 supporting Helicopter Marine Pilot Transfers (HMPT) services for the Pilbara Port Authority and the Port of Port Hedland, the busiest bulk commodity port in the world, with more than 500 transfers per month with a 99.9% on-time performance dispatch rate.

The H135 Helionix avionics system designed by Airbus Helicopters, features a 4-axis autopilot which significantly reduces the workload of the pilot and brings the H135 to an unrivalled level of safety due to the additional functions and mission features it adds to the H135’s capability.

The Aviator Group is also the first operator in the world to utilise Night Vision Goggles (NVG) for HMPT in the H135.

“Our second H135, also with Helionix, is on the same trajectory to reach a similar flight hour milestone. It’s already reached more than 1,400 hours despite only commencing operations in April 2020,” Thompson continued.

Airbus’ Helionix offers an innovative cockpit layout which helps to increase situational awareness. Designed with three large multi-function displays, the flight deck is immediately NVG compatible, and includes a First Limit Indicator (FLI) which highlights the appropriate engine instrument data for the pilot in one indicator.

The Traffic Advisory System TAS620A is another key feature delivered by the Helionix avionics suite, which improves flight safety by assisting pilots in detecting and avoiding aircraft intersecting their flight path.