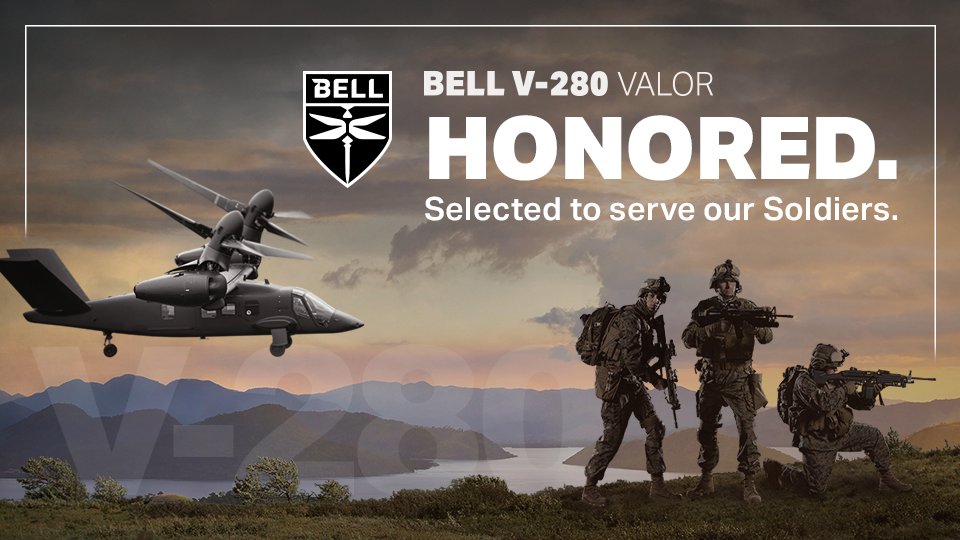 The U.S. Army has awarded the Future Long Range Assault Aircraft (FLRAA) contract to Bell Textron to build the Valor tiltrotor, intended to eventually replace the UH-60 Black Hawk helicopter, which has been in service for more than four decades.

The current deal is worth up to US$1.3 billion with the initial obligation valued at US$232 million over the next 19 months. This will help fund Bell’s preliminary design and development of a virtual prototype that the Army will then use to proceed with the acquisition, Brig. Gen. Robert Barrie, Commander of the U.S. Army’s Program Executive Office Aviation, told reporters at a media roundtable.

The award is based on Bell’s V-280 Valor tiltrotor that was developed and tested as part of the Joint Multi-Role Technology Demonstrator (JMR TD) program that began in 2013. The V-280 progressed through design, manufacturing, and more than three years of rigorous flight-testing that provided extensive data validating the technical and operational advantages of the aircraft for the long-range assault mission.

The Army initiated the FLRAA program in 2019 as part of its Future Vertical Lift initiative to replace a portion of its assault and utility helicopter fleet. The Army had downselected to Bell and SikorskyBoeing to build flying demonstrators. Both teams received around US$100M to support their Joint Multi-Role aircraft development. The Bell V-280 Valor was first in the air in December 2017, with the Sikorsky-Boeing SB>1 finally getting airborne in March 2019.

Both the V-280 Valor tiltrotor and Sikorsky-Boeing’s Defiant X coaxial rotor blade platform have been vying for one of the largest competitive procurements in the U.S. Army aviation history.

“The Army followed a deliberate and disciplined process in evaluating proposals to ensure rigorous review and equitable treatment of both competitors,” the U.S. Army said in a statement.

As the Army transforms to meet an uncertain future, FLRAA is one of the many modernized capabilities that will help ensure that the Army of 2030 is ready and able to win when the nation calls, it said.

“We are honored that the U.S. Army has selected the Bell V-280 Valor as its next-generation assault aircraft,” said Scott C. Donnelly, Textron’s chairman and chief executive officer. “We intend to honor that trust by building a truly remarkable and transformational weapon system to meet the Army’s mission requirements. We are excited to play an important role in the future of Army Aviation.”

By implementing reform initiatives by the Congress that were designed to streamline the acquisition process, this contract will deliver virtual prototypes that can be updated quickly and affordably. These virtual prototypes will directly support design, integration, training and developmental test activities.

FLRAA will expand the depth of the battlefield by extending the reach of air assault missions and enabling ground forces to converge through decentralized operations at extended distances. FLRAA’s inherent reach and standoff capabilities will ensure mission success through tactical maneuver at operational and strategic distances.

“This down-select represents a strategic pivot for Army Aviation to the transformational speed and range our Army needs to dominate future battlefields,” said Maj. Gen. Walter Rugen, director of the Future Vertical Lift Cross-Functional Team. “The prototyping and risk-reduction efforts allowed the Army to significantly reduce the time needed to get to this announcement.”