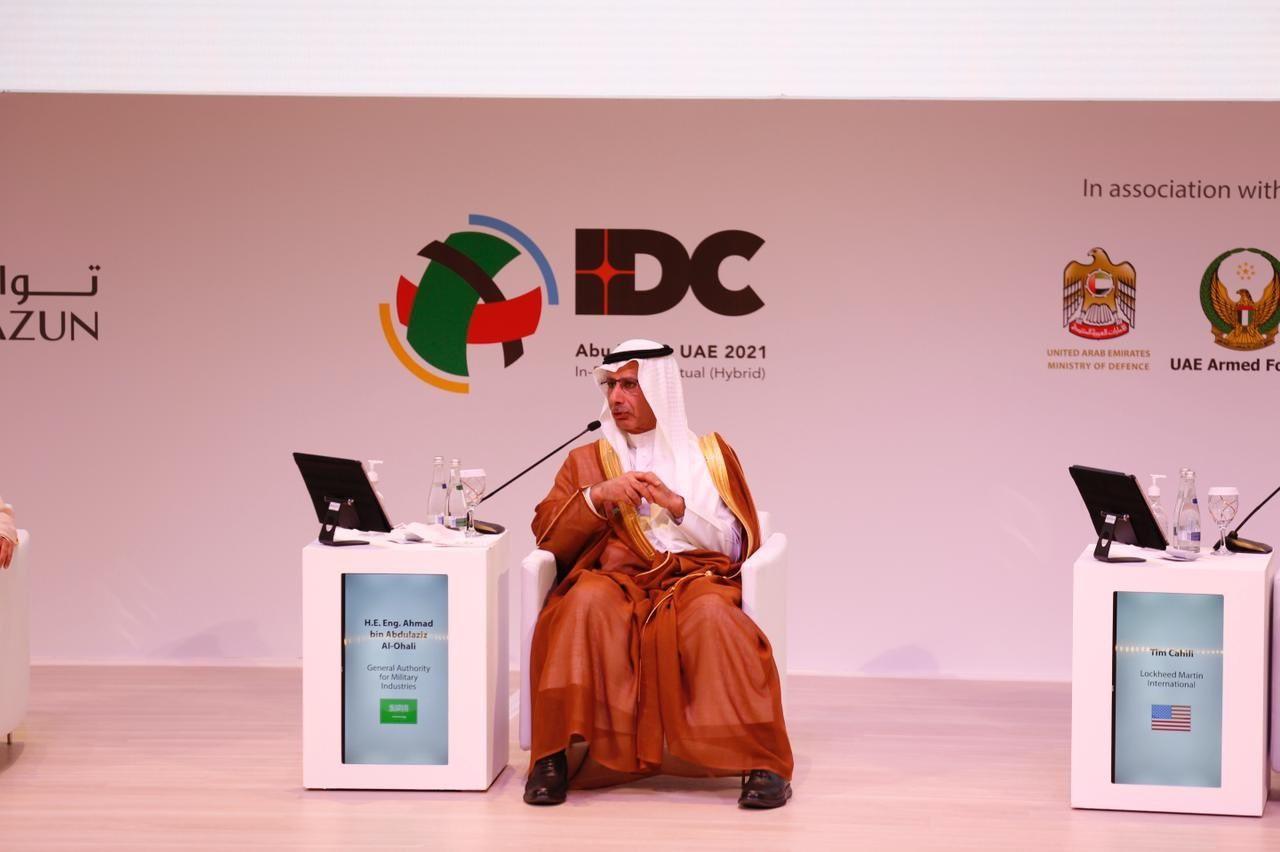 Saudi Arabia plans to invest more than US$20 billion in its domestic military industry through 2030 as part of its ambitious programmes to boost local military spending, Governor of the General Authority for Military Industries (GAMI) Ahmed bin Abdulaziz Al-Ohali said.

“The government has put a plan that we will be investing in excess of US$10 billion in the military industry in Saudi Arabia over the next decade and equal amounts on research and development,” Governor of the General Authority for Military Industries (GAMI) Ahmed bin Abdulaziz Al-Ohali told a defence conference in Abu Dhabi.

“We want to develop and manufacture more weapons and military systems locally, and allocate the budget to increase local production,” Abdulaziz Al-Ohali said at the International Defence Conference 2021, on the sidelines of the IDEX2021 here in Abu Dhabi.

He also said the kingdom plans to increase military research and development (R&D) spending from 0.2 per cent to around 4 per cent of armaments expenditure by 2030.

With one of the highest military spends worldwide, Saudi Arabia is in the midst of restructuring its defence sector and expanding its military industry to greater higher added value can be generated for the national economy. The sector has witnessed significant change over recent years, with major reforms under way across all subsectors of the industry. Recent trends have included the introduction of new government entities to lead the drive for localisation, a new defence contracting mechanism and a growing focus on areas such as cybersecurity, and the Kingdom’s space programme and satellite industry. The shock of the 2019 attack on the country’s Abqaiq and Khurais oil facilities brought a renewed focus to the defence sector, placing it at forefront the country’s priorities. Meanwhile, the new impetus towards localising military expenditure represents a core ambition of the country’s Vision 2030 development strategy and stands to bring enormous economic benefits in terms of employment and technology transfer.

According to the SIPRI Arms Transfer Database, Saudi Arabia was the world’s largest arms importer in 2015-19, accounting for 12 per cent of global arms imports. This represented a 130 per cent increase on the previous five years. During that period the US and the UK were the Kingdom’s leading sources of imports, accounting for 73 per cent and 13 per cent of total arms imports, respectively. This was followed by France, which was responsible for 4.3 per cent of imports and Spain for 1.7 per cent. Canada and Germany each supplied 1.6 per cent, while Italy, Switzerland and China supplied 1.3 per cent, 1.1 per cent and 0.9 per cent. These dynamics reflect some notable shifts compared to the preceding 2010-14 period. Chief among them, the share of imports from the US increased dramatically, rising from 41 per cent, while those from the UK fell steadily from 33 per cent.

Saudi Arabia remains the most important client for the US, representing 24.5 per cent of US arms exports in 2015-19. The UK stood as the world’s sixth-largest arms exporter in the same period, accounting for 3.7 per cent of worldwide arms exports.

As part of its Vision 2030 strategy, the Kingdom is seeking to significantly expand its domestic industrial base for defence hardware and localise over 50 per cent of its military equipment spending by 2030. This marks an ambitious expansion on its 2019 level, when it stood at between 2 per cent and 5 per cent.

GAMI, established by the government in 2017 is  a financially and administratively independent entity chaired by Crown Prince Mohammed bin Salman. GAMI’s core responsibilities include ensuring localisation goals are met, promoting military spending efficiency, and developing the industry through centralised research and development (R&D). The body has identified 11 initial priority sectors for localisation, including defence electronics, guided munitions, missiles and launchers, and unmanned aerial vehicles. GAMI has also been tasked with developing a regulatory framework to support the localisation of investment, procurement and R&D, in addition to increasing transparency.

On the other hand, Saudi Arabian Military Industries (SAMI), a national holding company for domestic military manufacturing, is a 100 per cent owned by the Public Investment Fund (PIF). SAMI is targeting the development of new and existing local industries with the aim of developing new technologies, manufacturing products and providing services to scale up the military industrial sector.