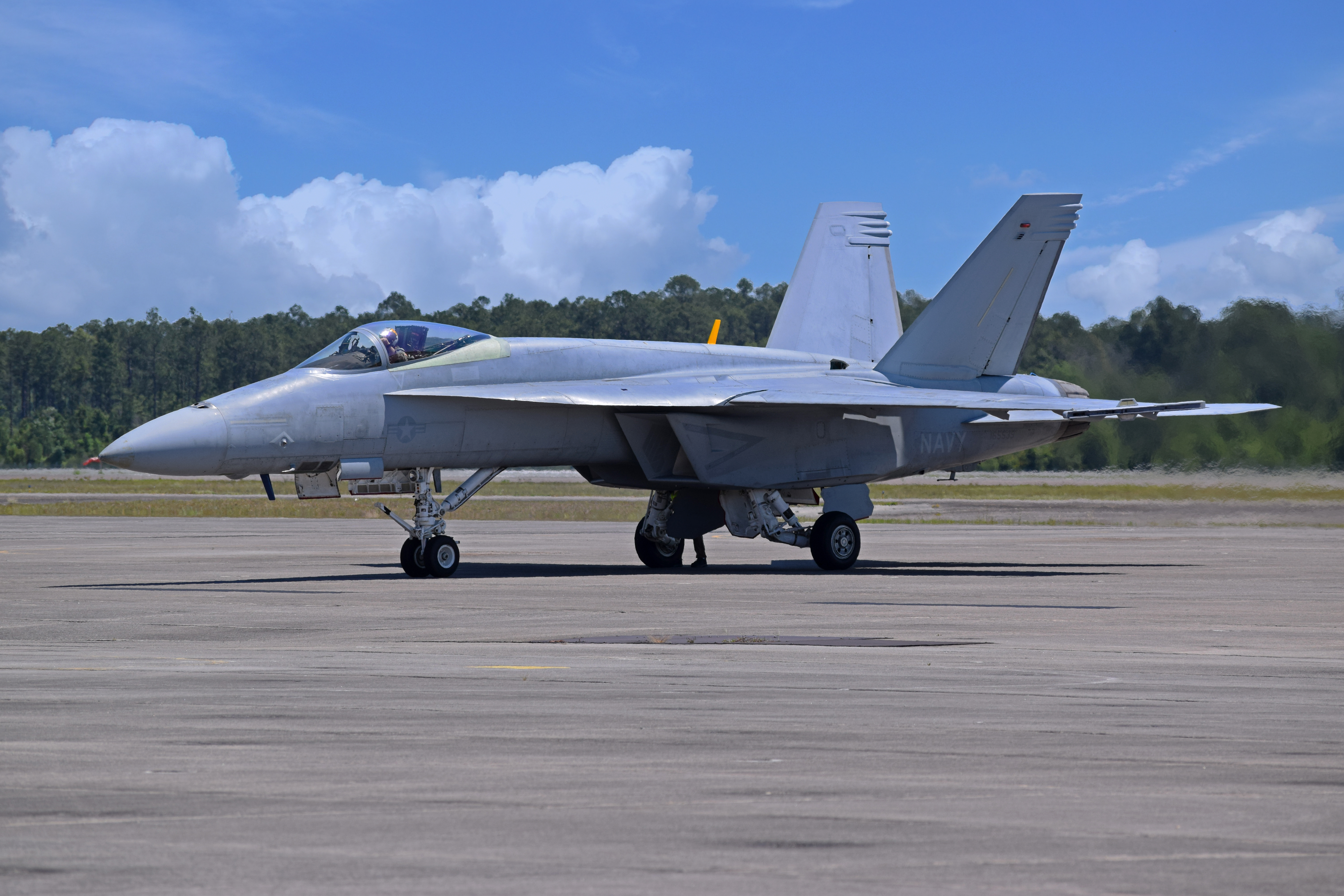 Boeing has delivered the first Super Hornet test aircraft for the US Navy’s Blue Angel flight demonstration squadron. The unpainted aircraft now enters the flight test and evaluation phase at Naval Air Station Patuxent River in Maryland. Boeing expects to deliver a total of 11 aircraft for the squadron in 2020.

“The Super Hornet is an iconic representation of excellence in naval aviation,” said ret. Admiral Pat Walsh, vice president of US Navy & Marine Corps Services for Boeing. Walsh flew with the Blue Angels from 1985 to 1987 as the Left Wingman (#3) and Slot Pilot (#4). “As Boeing continues to support the operational fleet of Navy Super Hornets, we are excited to see this platform enter a critical phase of its journey to joining the team.”

The flight demonstration squadron has flown Boeing or Boeing-heritage aircraft for more than 50 years, starting with the F-4J Phantom II in 1969, and then moving to the A-4F Skyhawk. The team currently operates the F/A-18A-D Hornet.

Boeing converts F/A-18 Hornets and Super Hornets into Blue Angels at the company’s Cecil Field facility in Jacksonville, Florida. Major modifications include the addition of an oil tank for the smoke-generation system, fuel systems that enable the aircraft to fly inverted for extended periods of time, civilian-compatible navigation equipment, cameras and adjustments for the aircraft’s center of gravity.

Boeing is the world’s largest aerospace company and leading provider of commercial airplanes, defense, space and security systems, and global services. As a top US exporter, the company supports commercial and government customers in more than 150 countries. Building on a legacy of aerospace leadership, Boeing continues to lead in technology and innovation, deliver for its customers and invest in its people and future growth.