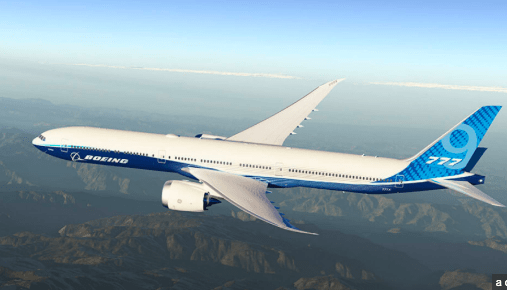 Boeing suspended testing of its 777X aircraft after a cargo door failed in a ground stress test, reported Reuters, citing a statement from a company spokesman.

“During final load testing on the 777X static test airplane, the team encountered an issue that required suspension of the test,” the report quoted the spokesman as saying.

As the ground test for the new plane was undergoing what was supposed to be its final structural inspection by federal regulators, being watched by engineers and FAA inspectors, a door blew off the plane.

The test is meant to push the plane beyond its limits. Engineers had the plane pressurized and on the ground. They loaded it up well beyond capacity and bent its wings in an extreme manner, in a way almost certain to never happen in the real world.

The plane is not yet in service, and its debut had already been pushed back because of problems with a new General Electric (GE) engine, the GE9X, the world’s largest commercial jet engine. Boeing said it doesn’t believe the failed test “will have a significant impact on aircraft design or on our overall test program schedule.”

The 777X is a key product for Boeing. Its length, the longest on any commercial jet, will allow it to carry between 400 and 425 passengers in two classes, and fly routes of 7,600 nautical miles.
Boeing has already taken orders for 344 of the 777X jets.
The problems with the 777X come on top of more serious problems for Boeing’s 737 Max, the company’s best selling plane, which has unfilled orders for more than 4,500 of the jets.
boeing / 777x /