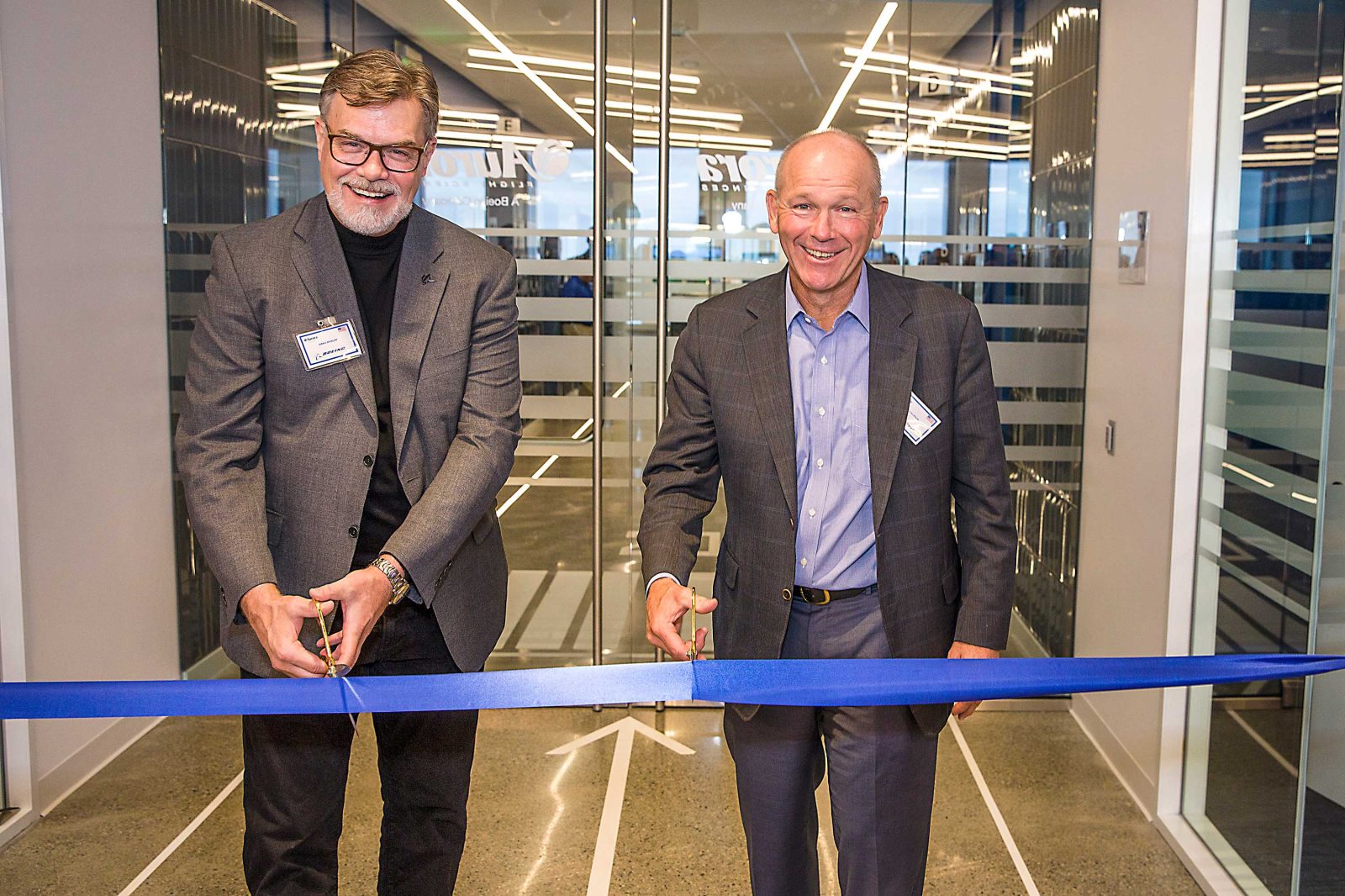 With an eye on innovation, Boeing subsidiary Aurora Flight Sciences has opened the new Boeing Aerospace & Autonomy Center at MIT. Engineers at the facility are working on research programs in a variety of areas, including pilot monitoring and urban air mobility (UAM).

The new office space, located at the gateway to the Massachusetts Institute of Technology campus, was officially opened early this month by Boeing President and CEO David Calhoun and Boeing Chief Engineer Greg Hyslop.

“This exciting new space will strengthen our relationship with MIT and further our partnership with some of the best minds in the industry,” said Calhoun. “It’s another collaborative step forward to ensure a safe, sustainable aerospace industry for future generations.”

Pilot monitoring is one of the key areas of focus for engineers at the facility. Using a low-fidelity flight simulator and a prototype pilot monitoring and cognitive-state estimation system, engineers are providing insights into real-time monitoring of pilot cognition
to enhance safety. Noninvasive sensors, such as eye trackers and
heart rate monitors, are being used to estimate a pilot’s workload and
situational awareness.

With UAM set to become a reality in different parts of the world, autonomy technology is being developed at the facility for electric vertical takeoff and landing (eVTOL) unpiloted air taxis that can take off, cruise and land with oversight from multivehicle supervisors on the ground.

Aurora’s onboard autonomy software also enables uncrewed aircraft to team with other crewed and uncrewed aircraft. The company is developing technology requirements to ensure that uncrewed vehicles can work together with Boeing aircraft and others to bring advanced capabilities to customers faster.