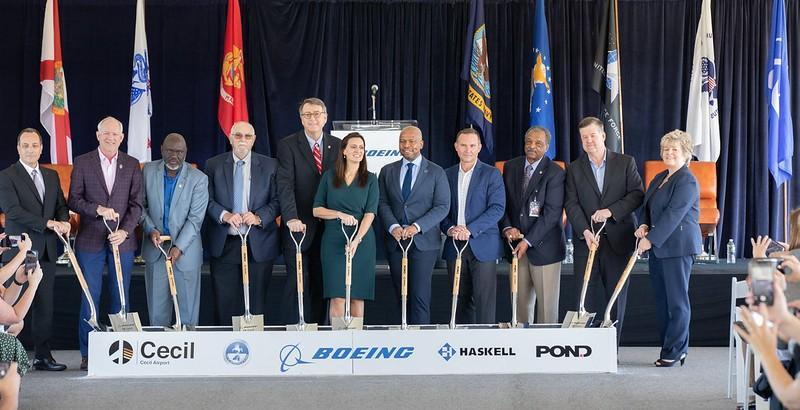 Boeing has broken ground for a 370,000 square-foot maintenance, repair and overhaul (MRO) facility located at Cecil Airport in Jacksonville. Construction is anticipated to be completed in 2023.

“With this physical growth comes the ability to meet the evolving needs of our nation’s servicemen and women,” said Ted Colbert, president and CEO of Boeing Global Services. “The Boeing team in Jacksonville are experts at performing complex military aircraft modifications, and we’re excited to partner with our customer to tackle what’s next in the MRO space, like using data analytics to help minimize aircraft downtime, or applying digital tools to optimize and integrate our support approach.”

Since opening its existing MRO facilities at Cecil Airport in 1999, Boeing teammates have maintained, modified and upgraded 1,030 aircraft for the U.S. Navy and Marine Corps, including the F/A-18 A-D Hornet, F/A-18 E/F Super Hornet and EA-18G Growler.

The Boeing team at the site also converts F/A-18 Super Hornets into flight demonstration aircraft for the U.S. Navy’s Blue Angel squadron as well as modifies retired F-16s into the next generation of autonomous aerial targets for the U.S. Air Force. The facility is also home to a Flight Control Repair Center that provides structural repairs to F/A-18 A-F and EA-18G flight control surfaces.