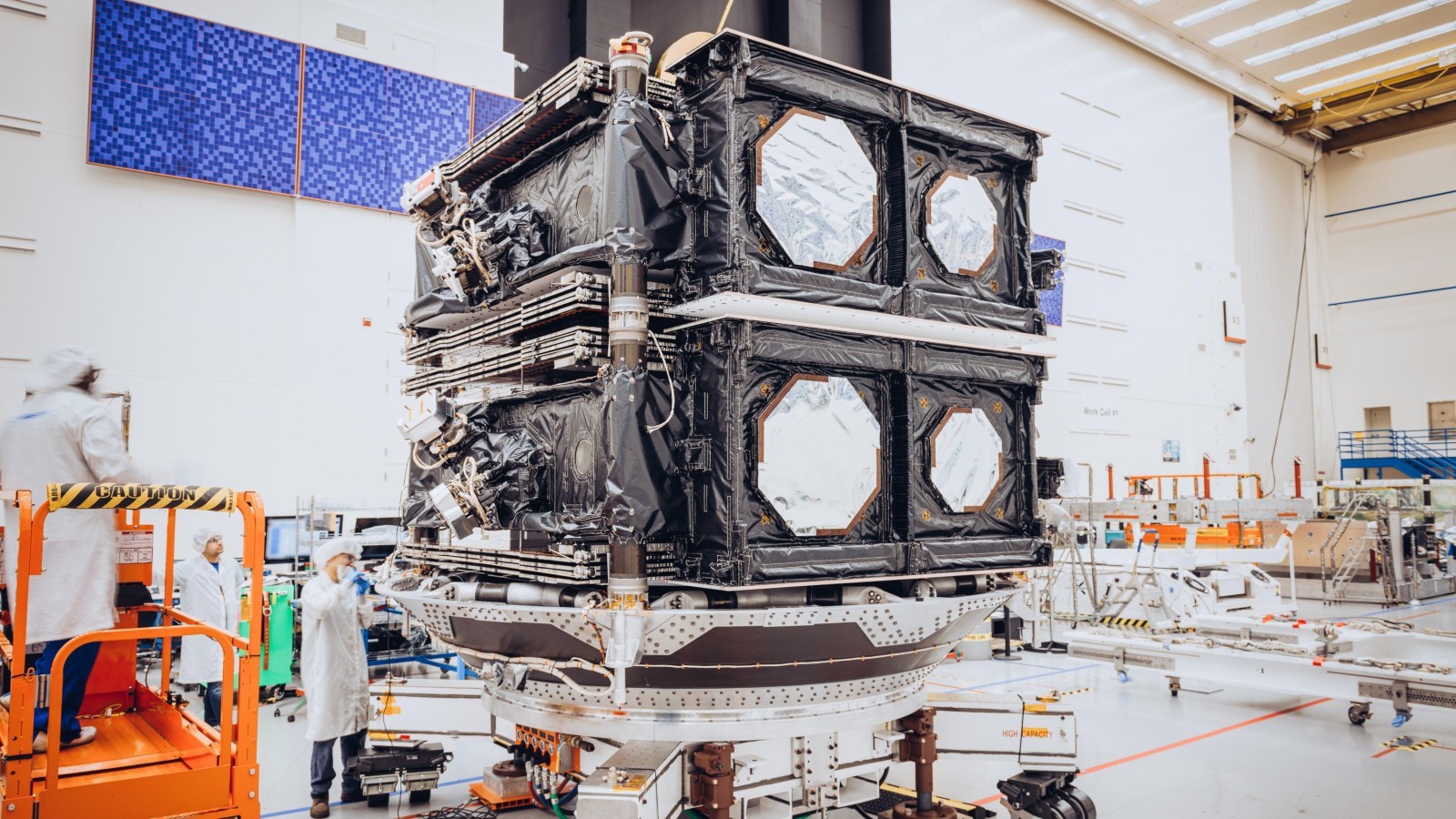 Boeing delivered the first two of eleven O3b mPOWER satellites to SES, a Luxembourg-based satellite telecommunications network provider, according to Boeing’s news release on Tuesday (Dec.6). The all-digital satellites are being prepared in Florida for launch to Medium Earth Orbit (MEO), 8,000 km from Earth, where they will provide low-latency, high-throughput connectivity to users around the world.

“SES’s O3b mPOWER system is a true gamechanger and will transform the way people think about connectivity,” said Ruy Pinto, Chief Technology Officer at SES. “[The satellites] will offer connectivity services to government organizations and enterprises based in the most remote regions. In times of natural disasters, when networks are disrupted, O3b mPOWER’s low-latency services can quickly restore critical communications networks.”

“SES approached us with a vision to create global equity, by providing people with high-speed connectivity where it wasn’t economically or physically feasible to build fiber infrastructure,” said Jim Chilton, senior vice president of Space and Launch at Boeing Defense, Space & Security. “We partnered to create a super computer constellation in space to meet that goal, and we can’t wait to see what SES does as the 702X platform’s first user.”

The O3b mPOWER satellites are also flexible in their launch configuration, with the ability to launch two or three satellites at a time.