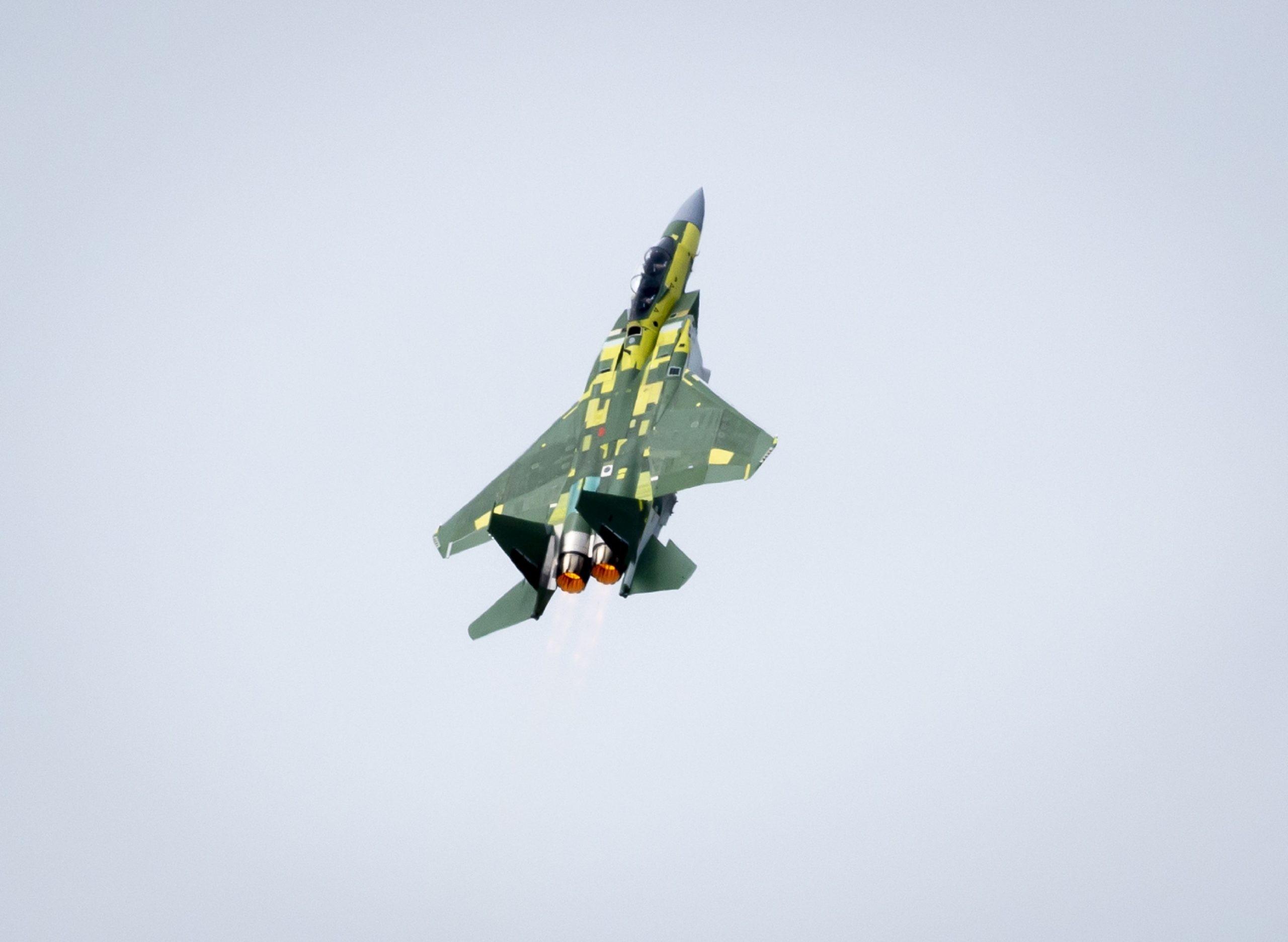 Boeing successfully completed the first flight of the F-15QA fighter, the most advanced version of the jet ever manufactured. Developed for the Qatar Emiri Air Force (QEAF), the jet demonstrated its next-generation capabilities during its 90-minute mission. The flight took off and landed from Lambert International Airport in St. Louis.

“We are very proud of this accomplishment and looking forward with great excitement to the continued successes of this program,” said Col. Ahmed Al Mansoori, commander, QEAF F-15 Wing. “This successful first flight is an important milestone that brings our squadrons one step closer to flying this incredible aircraft over the skies of Qatar.”

Boeing’s flight test team, led by Chief Test Pilot Matt Giese, implemented a precise mission checklist to test the multirole aircraft’s capabilities. The aircraft demonstrated its maneuverability during its vertical “Viking” takeoff and by pulling nine Gs, or nine times the force of earth’s gravity, in its subsequent maneuvering in the test airspace. Checks of systems such as avionics and radar were also successful. A test team monitoring the data in real time confirmed the aircraft performed as planned.

“This successful first flight is an important step in providing the QEAF an aircraft with best-in-class range and payload,” said Prat Kumar, Boeing vice president and F-15 program manager. “The advanced F-15QA not only offers game changing capabilities but is also built using advanced manufacturing processes which make the jet more efficient to manufacture. In the field, the F-15 costs half the cost per flight hour of similar fighter aircraft and delivers far more payload at far greater ranges. That’s success for the warfighter.”

The US Department of Defense awarded Boeing a $6.2 billion contract in 2017 to manufacture 36 F-15 fighter jets for the QEAF. Boeing will begin delivering aircraft to the customer in 2021. In addition, Boeing was awarded a U.S. Air Force foreign military sale contract in 2019 for F-15QA aircrew and maintenance training for the QEAF.

The F-15QA brings to its operators next-generation technologies such as fly-by-wire flight controls, digital cockpit; modernized sensors, radar, and electronic warfare capabilities; and the world’s fastest mission computer. Increases in reliability, sustainability and maintainability allow defense operators to affordably remain ahead of current and evolving threats.

Through investments in the F-15QA platform and partnership with the US Air Force, Boeing is now preparing to build a domestic variant of the advanced fighter, the F-15EX. F-15EX became a program of record for the Air Force when the National Defense Authorization Act for fiscal year 2020 was signed on Dec. 30, 2019. In January, the Air Force issued public notifications of its intent to award sole-source a contract to Boeing for eight jets. Future plans call for as many as 144 aircraft.