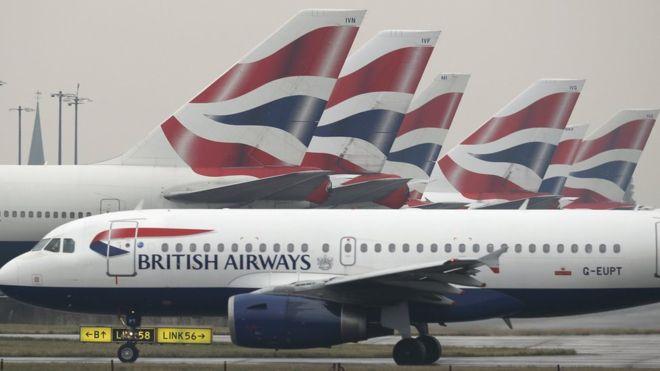 British Airways, the airline that operates more than half of the flights at Europe’s busiest international airport, has shut down the vast majority of its operation as pilots began a 48-hour strike.

Around 4,300 flight crew who belong to the British Airline Pilots’ Association (Balpa) have been locked in a nine-month pay dispute that could disrupt or alter the travel plans of nearly 300,000 people. They have gone on strike, triggering the cancellation of almost all the airline’s 1,700 flights to and from Heathrow and Gatwick on Monday and Tuesday.

“Unfortunately, with no detail from BALPA on which pilots would strike, we had no way of predicting how many would come to work or which aircraft they are qualified to fly, so we had no option but to cancel nearly 100 per cent our flights,” CNA quoted the airline’s statement.

Although pilots who are abroad are not entitled to strike, British Airways cancelled more than 50 Sunday night intercontinental flights to Heathrow.

Most cancellations were scheduled to depart from North America, including all seven from New York JFK, as well as two flights from each of Boston, Chicago, Los Angeles, San Francisco and Toronto.

A “vast majority” of its passengers have either made alternative arrangements or accepted refunds since being informed of the possible walkout last month, said the airline.

“We don’t underestimate the inconvenience caused, for which we are deeply sorry,” BA said in a statement to customers on Sunday.