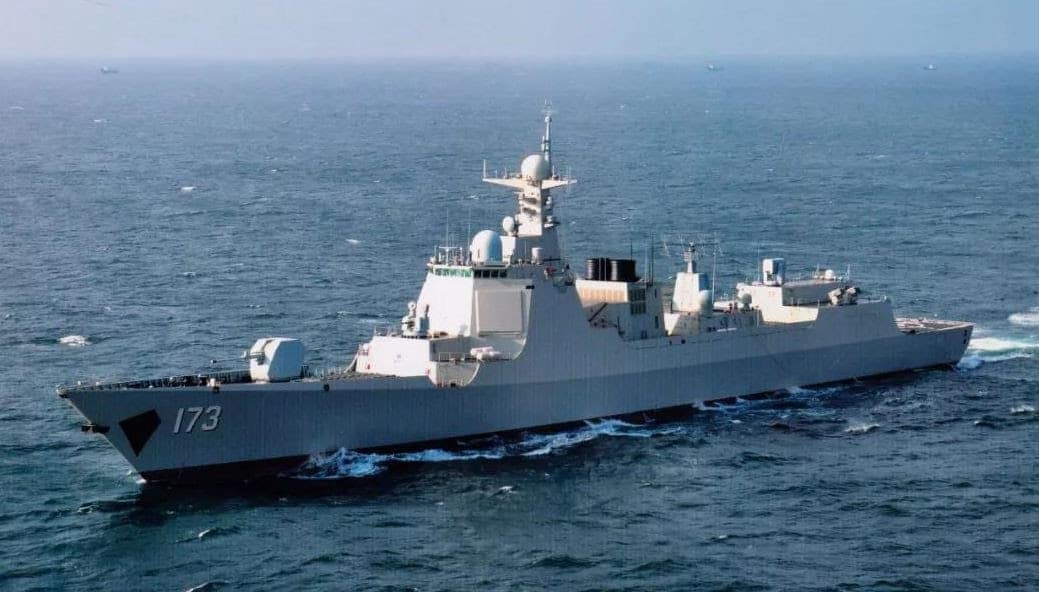 The world’s largest Navy is growing even bigger, that too at breakneck speed.

The Chinese People’s Liberation Army (PLA) Navy recently added two new and advanced guided missile destroyers to its fleet. This is the  fourth destroyer that the service had added just this year alone, according to official reports. The Navy has also launched two Type 075 amphibious assault ships recently, one is September last year and other in April this year.

According to a video attached to a social media account of  the PLA North China Sea Fleet earlier this month, a Type 052D guided missile destroyer unit conducted live-fire exercises for main gun shooting and damage control in an undisclosed sea region in celebration of the 71st anniversary of the founding of the People’s Republic of China on October 1. Although the vessel is yet to be officially named,  there is speculation that it is named the Qiqihar.

It may be recalled that in January this year, the Navy commissioned the Nanchang, which is China’s first 10,000 ton-class Type 055 destroyer, as well as the Zibo, the first Type 052DL variant. The Navy had in September last year  unveiled another new destroyer, the Tangshan, reportedly the latest variant of the Type 052D. The vessel has an extended helicopter flight deck and a larger anti-stealth radar conpared to other variants.

Including these two destroyers, the PLA Navy has now commissioned at least four destroyers in 2020. In January, it commissioned the Nanchang, the country’s first 10,000 ton-class Type 055 destroyer, and the Zibo, the first Type 052DL variant, according to media reports.

With instability all around the world and increasing military pressure from countries like the US, China needs to develop its naval forces to safeguard its sovereignty, territorial integrity and national interests, a Beijing-based expert on military affairs told the Global Times on condition of anonymity on Monday.

The reports about the induction of the four destroyers further support Pentagon’s latest annual assessment of the Chinese military. China’s Navy, which includes a plethora of advanced weapons including destroyers and ballistic missile submarines, is now the largest in the world, with as many as 350 warships compared to the United States’ 293. As per reports, China currently has about 20 modern, aegis-type destroyers, and intends to increase the number to 40 in five years.