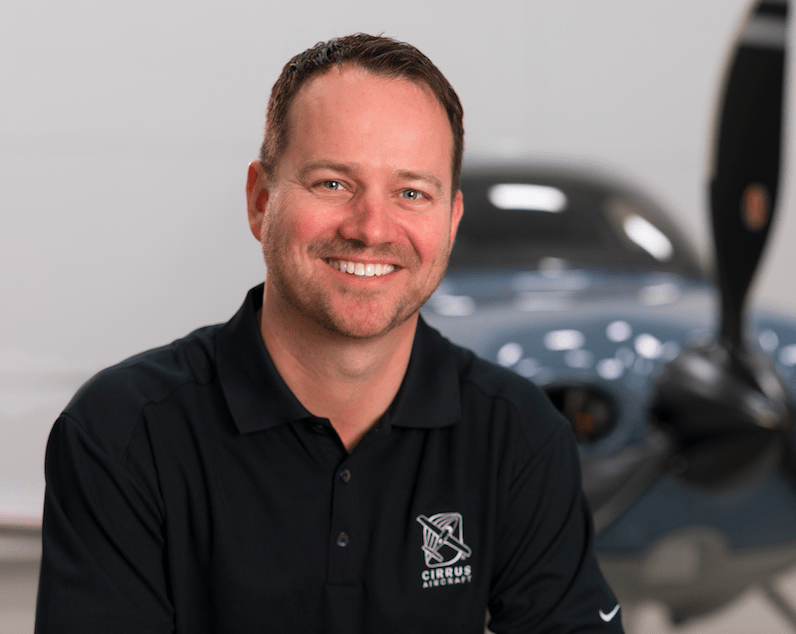 Cirrus Aircraft announced that Zean Nielsen has been selected to succeed Co-founder Dale Klapmeier as its next Chief Executive Officer (CEO).  Nielsen has held senior leadership roles at a range of global world-class organizations, including Tesla Motors, James Hardie and Bang & Olufsen.

“Cirrus Aircraft has a remarkably bright future ahead,” noted Dale Klapmeier, Co-founder and National Aviation Hall of Fame member. “We are fortunate to have someone of Zean’s caliber and experience to lead us into the next era of growth. I am looking forward to moving into a Senior Advisory role and continuing to work with our exceptional team on reinventing the future of personal transportation.”

“I am honored and humbled to join this team of experienced general aviation leaders and a world-class workforce as we continue to bring game-changing products and services to market,” said Zean Nielsen, CEO of Cirrus Aircraft. “Our mission is to deliver an aviation experience that is the pinnacle of innovation, quality and safety to our customers – and that is exactly what we will continue to do for many years to come.”

Zean most recently served as the Executive Vice President of North American Sales at James Hardie, a leading industrial building materials company. Prior to his role at James Hardie, Nielsen ran all aspects of Tesla Motors worldwide sales operations efforts as the Vice President of Global Sales Operations.  Zean began his career at Bang & Olufsen, the luxury electronics maker, where over a 17 year career he ascended to more senior roles before he ultimately became the President of Bang & Olufsen North and South America, prior to joining Tesla Motors.

Nielsen assumed the CEO role at Cirrus Aircraft on 3 June 2019.