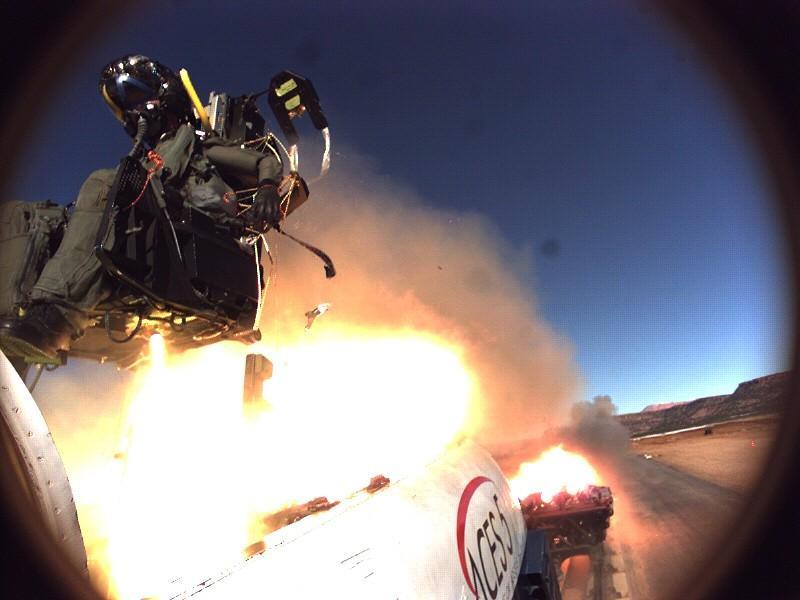 Collins Aerospace is targeting upgrade programmes in the Middle East for F-15 and F-16 with an offer of its next generation ACES 5 ejection seats.

The Middle East remains an important market for the new generation ejection seats as Collins has about 6,000 ACES II seats in operation, half in the US and half internationally including for most of the Middle East countries.

Many parts from the ACES II can be used on the new generation, to keep costs down.

The new generation ejection seats are being targeted at market opportunities to replace the legacy ACESII seats, as air forces globally seek to upgrade their F-15 and F-16s with new avionics upgrades and weapon systems.

In upgraded platforms, “there has been an increase in helmet-mounted displays and devices which increase the loading on the head and the neck,” explains Dan Borchelt, director of ACES 5 development at Collins Aerospace. “Combined with aerodynamic forces, this can cause injuries, so the ACES 5 has a mechanical passive head and neck protection systems combined with flailing arm restraints”.

Moreover to reduce maintenance cost and timing, the entire seat can be removed from the cockpit without canopy removal, thereby increasing aircraft availability.