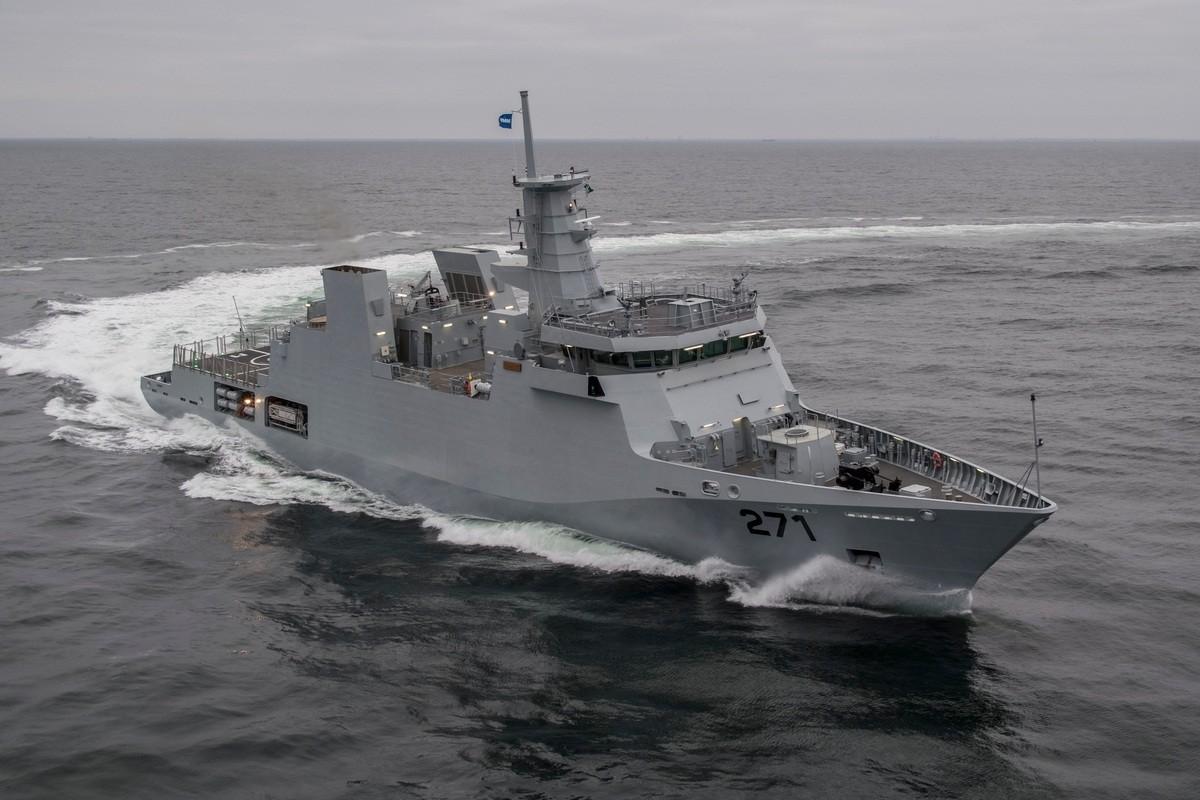 Damen signed the contract with the Ministry of Defence Production for two multipurpose OPVs for the Pakistan Navy on 30th June, 2017, following a tender process.

Damen will deliver the Second vessel PNS TABUK (Designate) in May this year. PNS YARMOOK is capable of performing a variety of maritime operations and can transport both a helicopter and a UAV. The ship can launch two high speed RHIBs of 11.5 meters and 6.5 meters simultaneously and also has the capability to accommodate two TEUs for special mission based operations.

Speaking during the launching ceremony, the Chief Guest highlighted the importance of the Project for the Pakistan Navy and stated that the vessels will significantly enhance Pakistan Navy’s capability to safeguard its maritime borders. The Chief Guest also acknowledged the professional competence of Damen and the prospects of future cooperation in delivering cutting-edge naval technologies to the Pakistan Navy.

Damen constructed the PNS YARMOOK at its yard in Galati. The yard has built nearly 40 vessels for the defence and security segment, including the last seven complex naval vessels for the Royal Netherlands Navy and the Stefan cel Mare offshore patrol vessel, the flagship of the Romanian Border Police, showing time and time again that is a trustworthy and highly capable international player in naval shipbuilding.