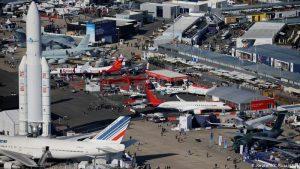 Concerns over the ongoing COVID-19 pandemic have forced organizers of the Paris Air Show to cancel next year’s edition of the event that was scheduled to be held from June 21-27.

The next edition of the Paris Air Show  will be held in June 2023, at a date that will be announced shortly, the organizers said in a press release on Monday. The event is one of the biggest events for the aerospace industry, showcasing civilian and military aircraft and equipment.

“After many months of all trade show activities being suspended throughout the world, the entire international aerospace and defence community was very much looking forward to being able to meet,” said Patrick Daher, Chairman of the International Paris Air Show and Chairman of the Daher Group, expressing disappointment at the cancellation. “We have already started work to ensure that the 2023 edition celebrates the resurgence of the aerospace industry on an international scale.”

The “inevitable” decision to cancel the event was made taking into account the international health crisis and the large number of visitors that the show attracts,” the organizers said. The event is put together by the Board of Directors of the Paris Air Show in association with GIFAS (French Aerospace Industries Association.

It may be recalled that Europe’s other major air show, at Farnborough in the UK, was organized as a virtual event because of the ongoing pandemic. Many air shows around the world were cancelled or postponed this year because of COVID-19.

The commercial aviation industry is currently facing its worst crisis in decades. Even though domestic air travel has picked up in a few countries, international travel is still at a virtual standstill because of the quarantine restrictions in place in several countries. According to IATA, the industry will lose nearly $300,000 every minute and will not turn cash-positive until 2022. A full recovery is not expected until 2024. The defence industry has not been hit as hard, but many militaries have trimmed budgets and an impact is likely to be felt in the next year or two.