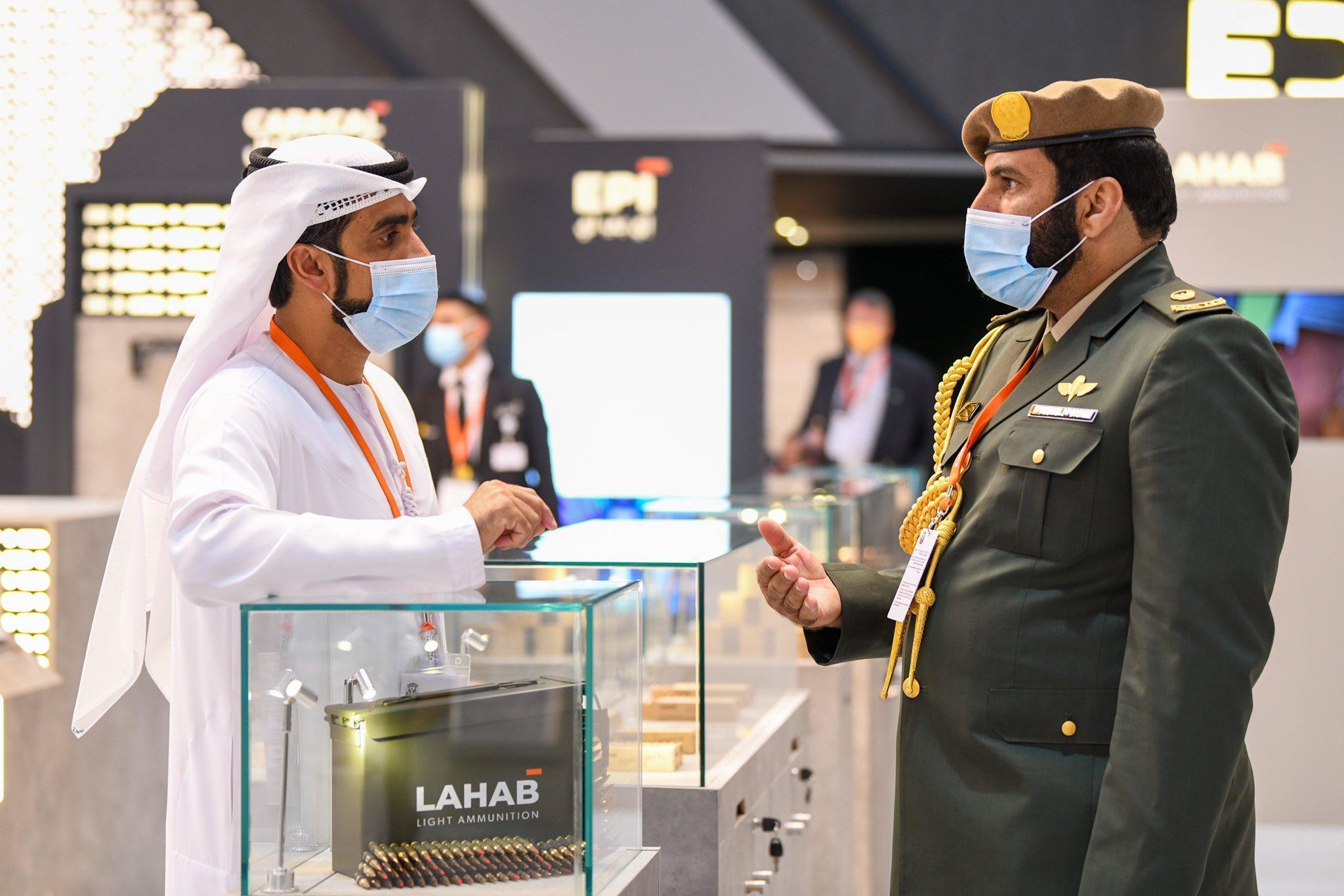 Allaying fears that the ongoing COVID-19 pandemic could slow down weapons procurements in the Middle East, IDEX 2021 witnessed orders from the UAE alone worth more than AED20 billion (US$5.5 billion).

24 new deals worth AED 2.140 billion were inked on Day 4 with local firms garnering domestic contracts worth AED1.42 billion and international firms racking up contracts to the tune of AED720 million.

On the inaugural day of the show, the big winners were UAE based Calidus, which bagged orders worth AED 1.7 billion, for 12 B-250 light attack aircraft. The International Golden Group signed deals worth AED689 million. Insitu and Thales were the foreign beneficiaries of big orders on Day 1, which saw total orders worth AED5 billion (US$1.36 billion) spread across 19 contracts.

These orders were bested on the second day, when 11 deals, worth AED7.29 billion (US2 billion), were inked with domestic and international firms. Total deals worth AED6.98 billion were inked with international firms, while domestic firms received contracts worth a total of AED310 million, or 5 percent of the total value of deals on Day 2 of the show. Nine contracts were awarded to foreign companies, and 2 contracts were awarded to companies based in the UAE.

Day 3 of the show witnessed 12 new deals, worth AED 5.589 billion (US$1.5 billion) inked by the UAE Armed Forces. Here a greater share of the contracts, worth AED4.425 billion were inked with domestic firms, with international parties receiving six contracts worth AED1.164 billion,