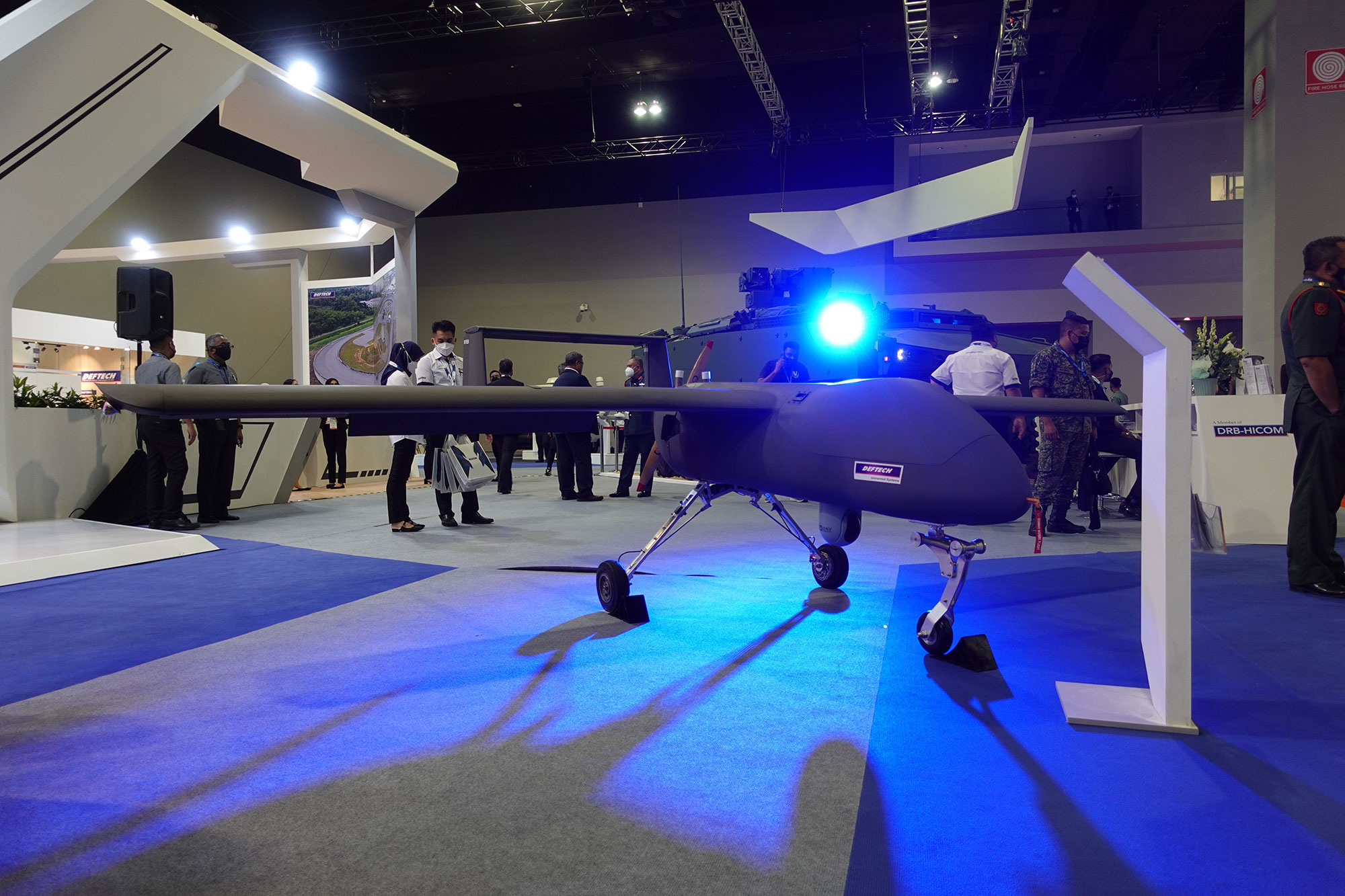 The company has stated that they are now developing two different UAV platforms in parallel: The conventional take-off and landing “Deftech Tactical UAV”, and SR-10 Vertical Take-Off and Landing (VTOL) hybrid UAV.

Aside from unmanned platforms, Deftech is also showcasing the AV6 and AV8 Armored Fighting Vehicles (AFVs) in collaboration with FNSS from Turkey.

While no less than 257 units of the eight-wheeled AV8 have been produced and used by theMalaysian Army since 2014, the six-wheeled AV6 is designed to meet the requirement of theMalaysian Army for the “Next Generation Wheeled Armoured Vehicle” project to replace the oldCondor 4×4 APC with the AV6.

Currently under testing by the Malaysian Army, it is expected that 400 of the new AV6 will be produced by the company.