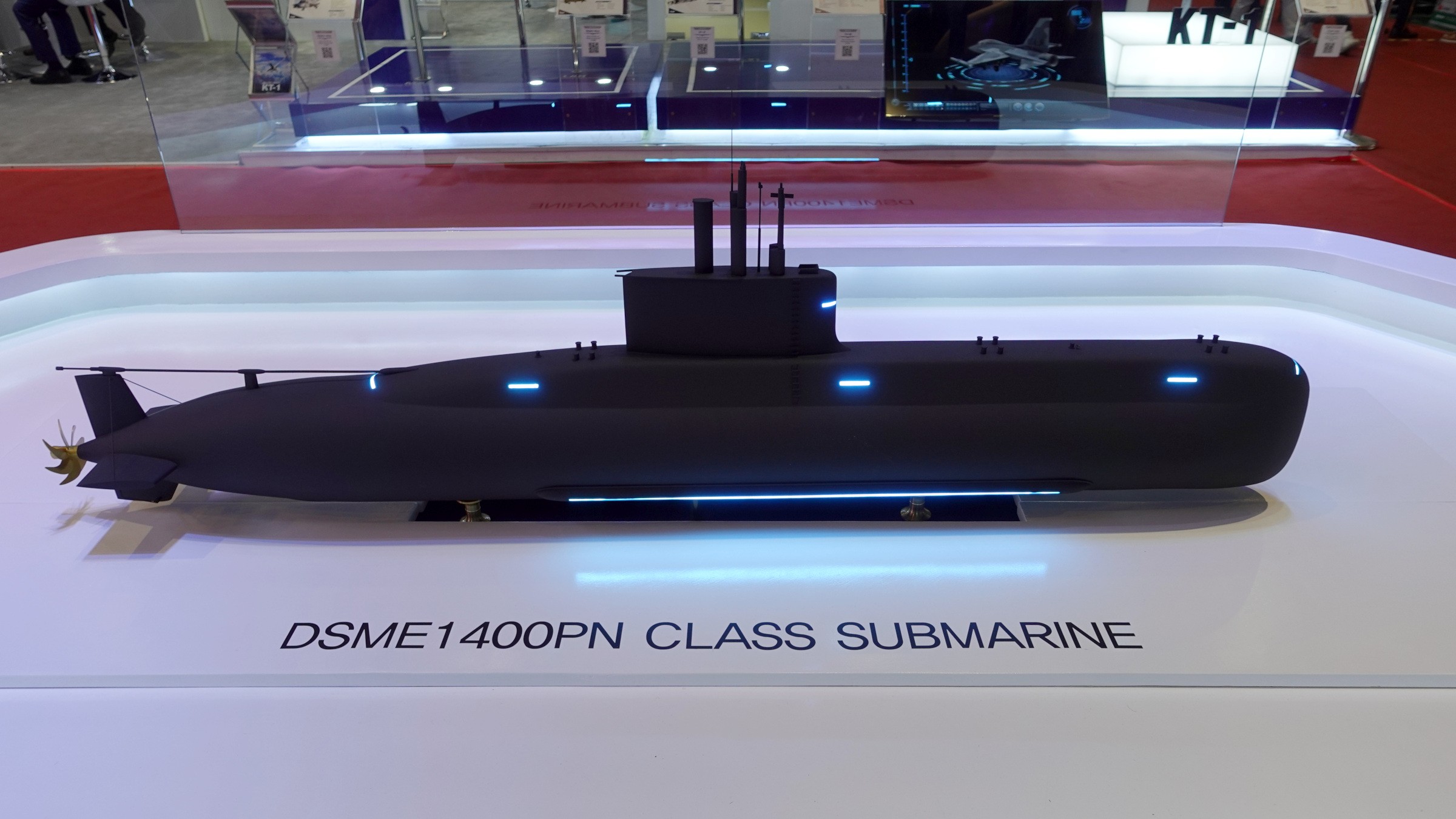 Daewoo Shipbuilding & Marine Engineering (DSME) is displaying a scale model of its DSME 1400PN submarine in its booth at the ongoing show. The submarine is an improved version of the South Korean company’s Chang Bogo Class which already in service by the South Korean navy as well as exported to Indonesia as Nagapasa-class submarine.

DSME is competing against France’s Naval Group with its Scorpene-class submarine offer for the Philippine Navy’s submarine acquisition programme, in which the winning company will be required to deliver two submarines to the service.

The Chang Bogo Class submarine is DSME’s initiative to develop their own submarine based on Germany’s Type-209 submarine.