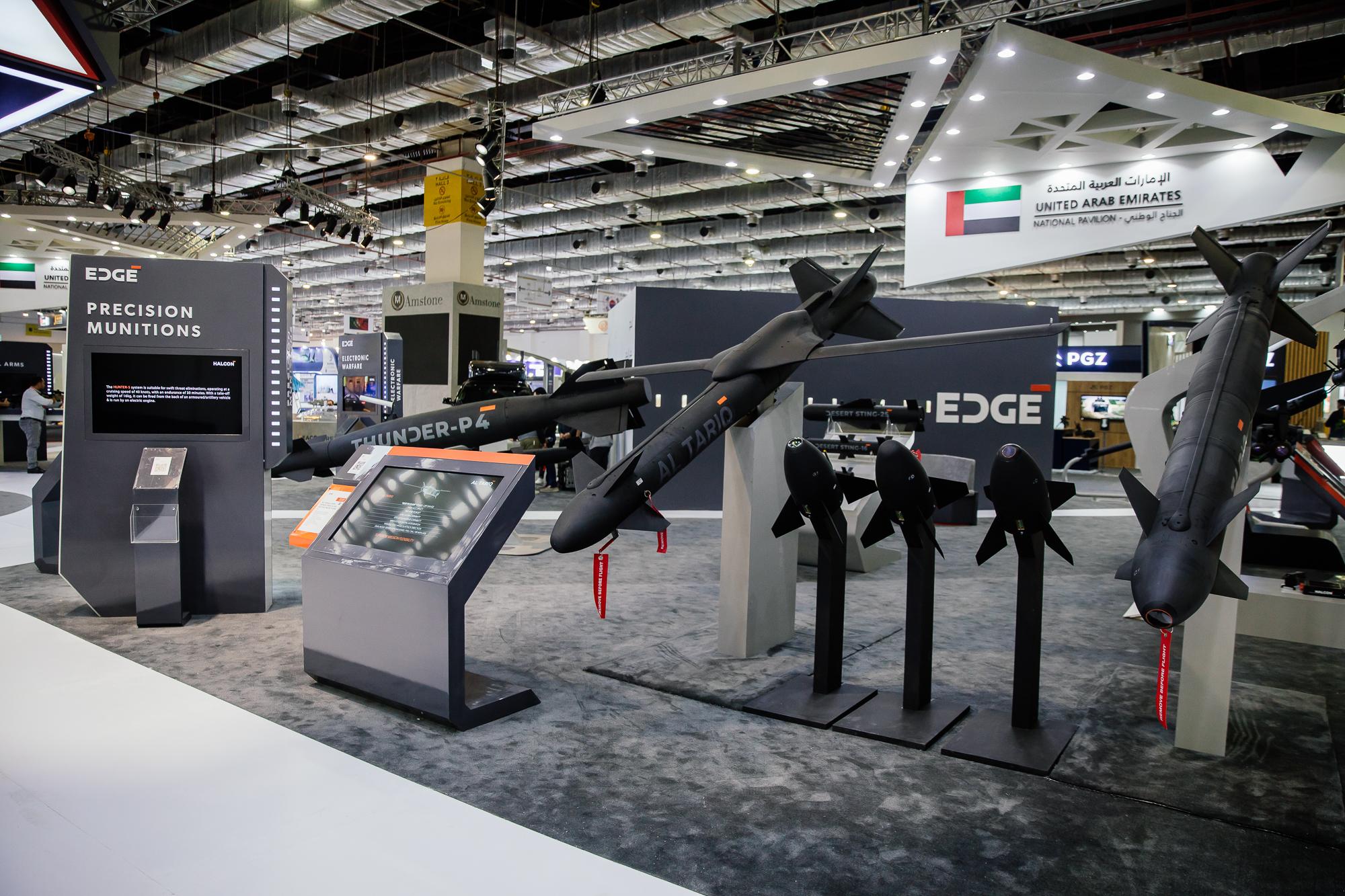 Seven companies in UAE-based EDGE group will display advanced solutions and products in the inaugural World Defense Show, which will take place in Riyadh from March 6-9.

Another highlight at the EDGE stand is Halcon’s range of precision-guided systems, including the Desert Sting and Thunder series, as well as the Rash family of fixed-wing guidance kits. Al Tariq’s long-range precision-guided munitions will also feature at the event. Also on display will be Caracal’s CAR 816 assault rifle, Caracal EF pistol, CMP9 submachine gun, as well as its CSR 338 and CAR 817 DMR sniper rifles.

EDGE’s electronic warfare and intelligence (EW&I) capabilities will be showcased through SIGN4L’s recently launched GNSS anti-jamming system, GPS-Protect, as well as other cutting-edge solutions that will make their debut appearance at the event.

EDGE Group, which is one of the top 25 military suppliers in the world, is expected to enhance its partnerships with local industry and support support indigenous defence production in Saudi Arabia.

“We are delighted to join our colleagues in the Kingdom of Saudi Arabia for the World Defense Show, and we welcome the opportunities that this major event will create for us to engage in trade, while also offering a platform to showcase some of our latest products and solutions,” said His Excellency Faisal Al Bannai, Executive Chairman of the Board of Directors, EDGE Group. ““Saudi Arabia is a key strategic market for us – as demonstrated during IDEX last year – and we look forward to building upon that at this inaugural event by announcing new cutting-edge products, and forging valuable partnerships and agreements that fulfil the UAE’s vision of developing sovereign capabilities and building a sustainable knowledge-based economy with a greater emphasis on export deals.”