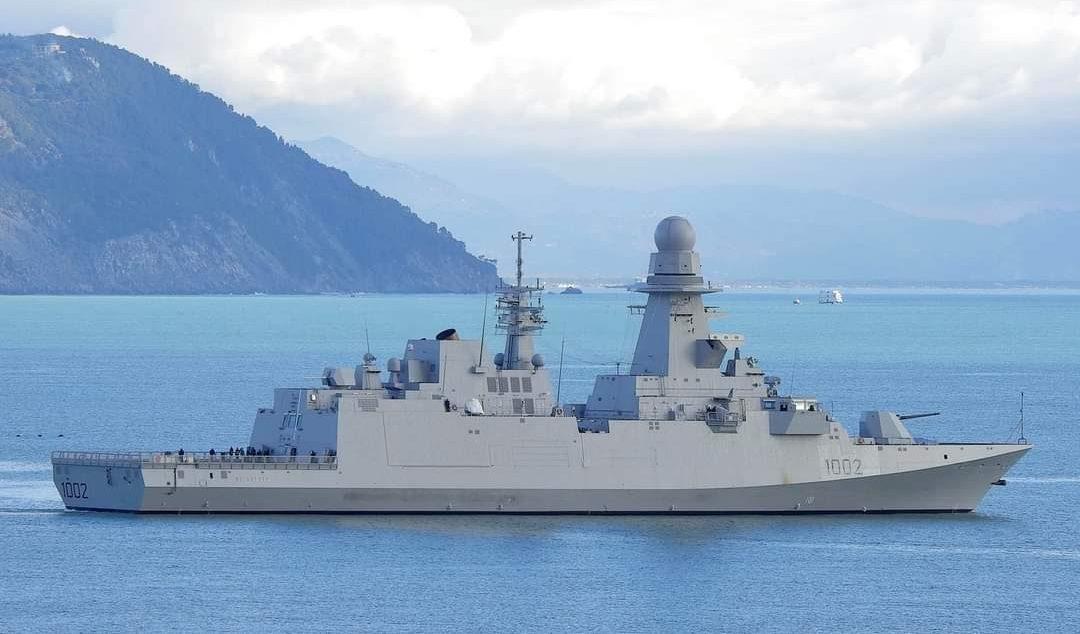 According to a statement by the Egyptian military spokesman, Brigadier General Tamer Al-Rifai, “The frigate (Al-Galala) is one of two (Frim) frigates that were contracted between Egypt and Italy, which reflects the vision of the political leadership and its strong support to advance the partnership and cooperation relations between the two friendly countries in many Domains.”

The frigate (Galala) is one of two Egypt purchased from Italian shipbuilder Fincantieri. The crew was trained as part of a program that was carried out in both Italy and Egypt.

The FREMM frigate is part of the Egyptian MoD’s procurement programme in the General Purpose (GP) configuration for Anti-surface warfare (ASuW) oriented operations. The frigate maintains a weapon and sensors package, including one Leonardo 127/64 with an automated magazine that can fire both conventional and Vulcano long-range guided ammunition families.

“The new frigate is among the most advanced units in service, as it represents a deterrent force to maintain peace, provide freedom of navigation, and support the security of the Suez Canal in light of the hostilities and challenges in the region,” said  Lieutenant-General Ahmed Khaled, Commander of the Egyptian Navy.

Video of the arrival of  “Al-Galala” (Frame Bergamini) at the Alexandria base, from the official twitter handle of the spokesperson of the Egyptian Armed Forces, Brigadier General Tamer Al-Rifai