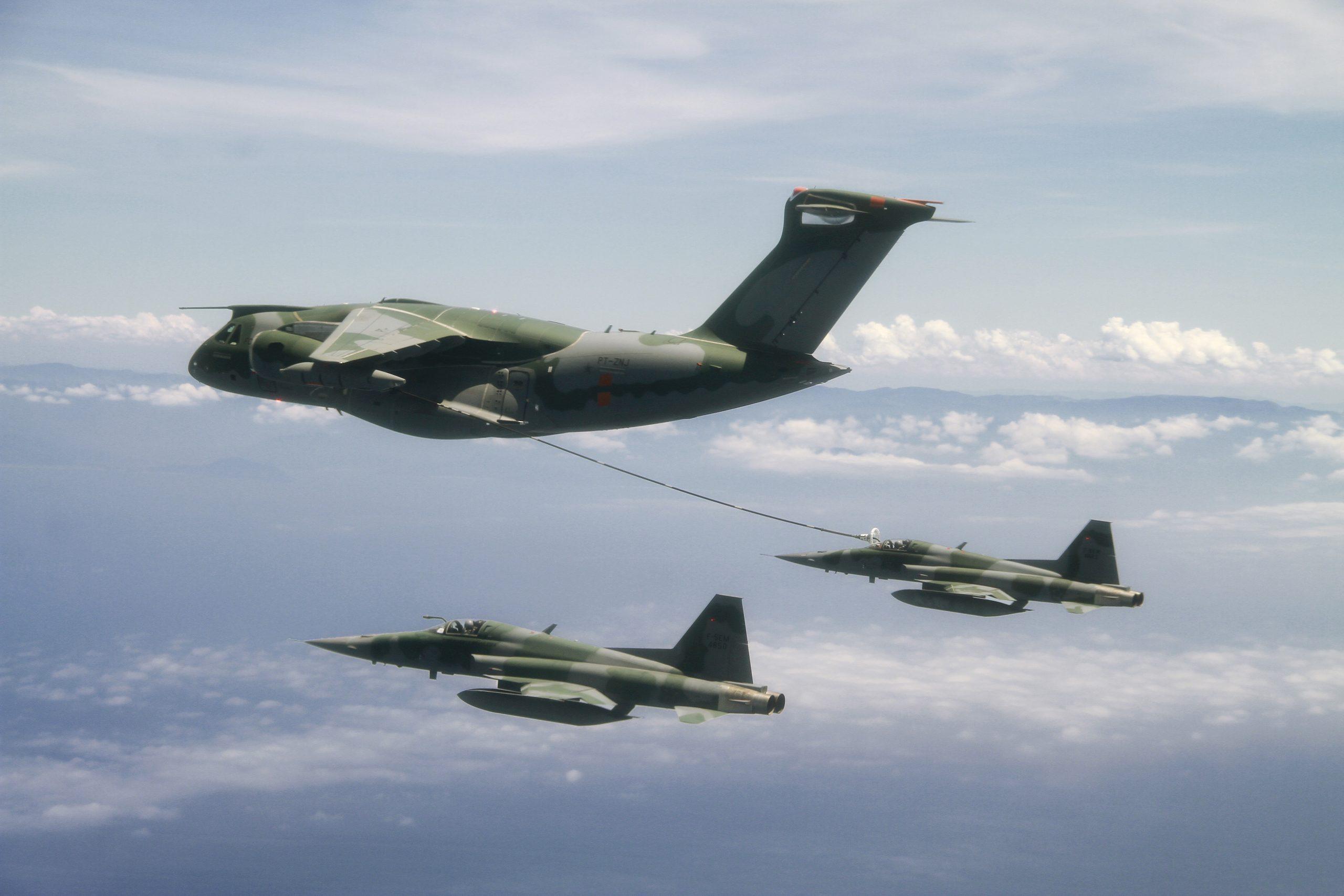 Eager to capitalize on the rising demand for heavy transport aircraft in the SEA region, Brazilian aircraft manufacturer Embraer is highlighting the unique capabilities of the KC-390 military tactical transport aircraft at ADEX 2021. The multi-mission aircraft, which was developed for the Brazilian Air Force (FAB) to replace the aging C-130, has already secured two export buyers in Portugal, the first international customer and Hungary.

Company officials are confident about the aircraft’s export potential as they believe it provides militaries an opportunity to acquire vital airlift capabilities at an affordable cost. The Portuguese Air Force (FAP), which ordered five KC-390s for US$930 million in 2019, commenced  training on the aircraft in Anapolis, Brazil, this September. The aircraft are expected to be delivered in 2023. Hungary has signed a contract with Embraer for two KC-390s and expect to take delivery of the aircraft in 2023-24.

Some of KC-390’s  strengths are mobility, robust design, greater flexibility, proven state-of-the-art technology and easier maintenance. The aircraft flies faster and carries more cargo than other military cargo aircraft of the same size and is the ideal platform for all major usage scenarios. They require less inspection and maintenance and have highly reliable systems and components, thus reducing aircraft ground time and overall operating costs.

One of the standout features of the C-390 is that the internal and external configuration of the aircraft can be quickly and easily changed to accommodate different needs: aerial assault; aerial resupply; aerial firefighting; aeromedical evacuation (stretchers and ICUs); humanitarian aid support; search and rescue; and special operations.

The aircraft can carry up to 80 troops (or 66 paratroopers) or accommodate up to 74 stretchers and eight attendants.  It can also be configured to accommodate seven 463L pallets, a combination of pallets and troops, or carry light tanks, vehicles or helicopters. The C-390 can also be reconfigured as both a tanker and receiver aircraft for in-flight refuelling, by day or by night.

The aircraft is equipped with  state-of-the-art technology, such as the unique combination of a human/machine interface (HMI) with a full fly-by-wire (FBW) control system, which significantly reduces crew workload. The enhanced situational awareness that HMI delivers also helps protect the safety of the crew during the missions.

The aircraft also features advanced mission software to provide total control over the mission scenario to the crew, while a fully integrated Onboard Maintenance System (OMS) looks after the health of the aircraft itself. In terms of aerial delivery, advanced avionics enable the crew to calculate an air release point with exceptional precision.

The KC-390 can deliver more payload much faster than any other airplane in the medium airlift market; it has a maximum payload (concentrated) of 26 metric tons and has a cruising speed of 0.8 Mach, thanks to its twin IAE V2500 jet engines. The aircraft also has a range of 3,370 miles.

In July this year, Embraer announced on Twitter that it had started  carrying out a test campaign to validate the capabilities of the aircraft to operate on unpaved runways. The Brazilian Air Force (FAB), which took delivery of the first KC-390 in 2019, currently has four of the type. The aircraft have exceeded 3,650 flight hours in operation and was extensively used to transport equipment and medical supplies in Brazil during the Covid-19 crisis.