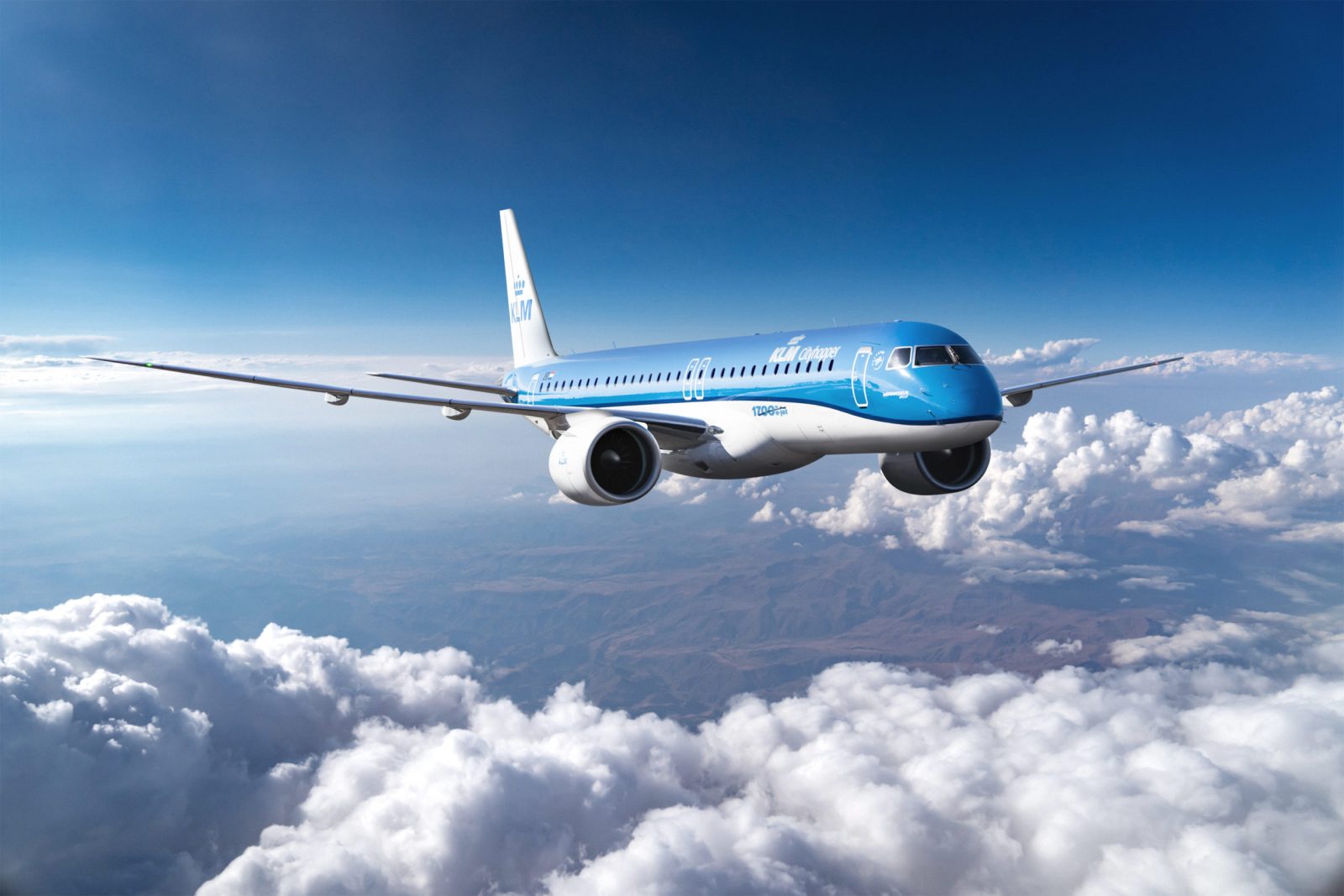 Embraer has reached a new milestone on the E-Jet program, the delivery of the 1700th production aircraft.

The Aircastle leased E195-E2 was handed over to KLM Cityhopper at a ceremony at Embraer’s facility in São José dos Campos.

E-Jets are now in the fleets of 150 airlines and leasing companies from more than 50 countries; the first aircraft entered revenue service in 2004. The E195-E2 is part of a family of advanced-generation E-Jets that offer the quietest, lowest polluting, and most fuel-efficient aircraft in the under 150 seat market.

The E195-E2 is Embraer’s largest commercial aircraft with seating for up to 146 passengers. The KLM Cityhopper configuration has 132 seats in three zones – Business Class, Economy Comfort, and Economy Class. Today’s delivery is the 60th E-Jet for the airline which operates a mixed fleet of 47 first and 13 advanced generation E2s, the largest in Europe. KLC have 12 further E195-E2s on order, with options for 10 more.

“We are proud, that with the latest addition to our KLM Cityhopper fleet, Embraer reaches this great milestone, namely the delivery of the 1700th production aircraft,” said Warner Rootliep, Managing Director of KLM Cityhopper,. “A great moment to celebrate the many years of collaboration between KLM Cityhopper and Embraer. This E2 will bring us further to become one of the leaders in transforming the aviation industry to become more sustainable.”

Francisco Gomes Neto, Embraer’s President and CEO, attributed the longevity of the E-Jets program to continuous improvement. “We’re always looking for ways to make our aircraft better – reducing operating costs, extending maintenance intervals, and adding new technology. And recently the E2 has also proven it can fly on 100% SAF, which makes them even more sustainable.”