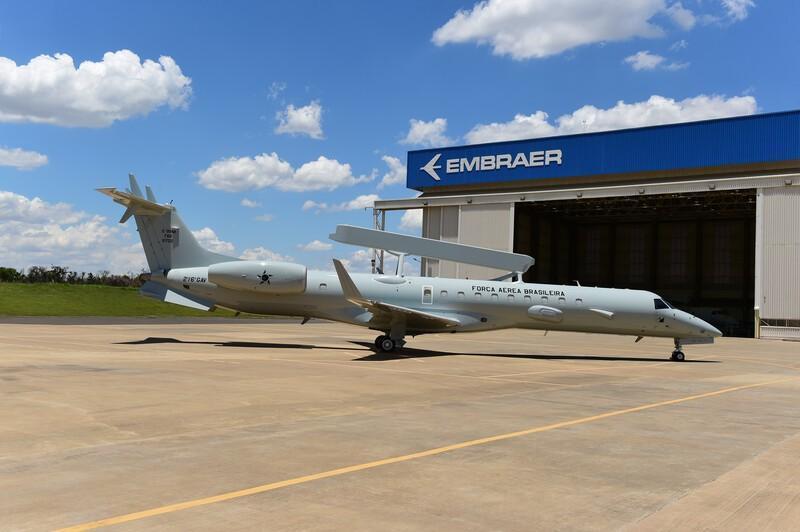 The aircraft was officially delivered in a ceremony held today at the Embraer facility in Gavião Peixoto, São Paulo. Four additional E-99 aircraft will be modernized as part of the contract.

“For Embraer, it is a privilege to continue meeting FAB’s needs to keep this robust and modern aircraft updated. It plays a strategic role in Brazil’s defense system and has already proven its operational effectiveness,” said Jackson Schneider, President and CEO of Embraer Defense & Security.

The mission systems and related subsystems, including electronic warfare, command and control, electronic countermeasures, and aerial surveillance radar were updated as part of the modernization process, expanding FAB’s capacity to carry out Flight Control and Alarm missions and Electronic Reconnaissance, among others.

The E-99M project is conducted by COPAC with support from Embraer and various international suppliers, such as SAAB, Aeroelectronica International (AELI), and Rohde & Schwarz. In addition to modernization, the project entails technology transfer agreements that will enable technological advancements for the Brazilian defense industry.

Atech, an Embraer Defense and Security company, participates in the development of the command and control system. Six mission planning and analysis stations were also acquired, which will be used for the training and improvement of crews.

Built on the ERJ 145 regional jet platform, the FAB E-99 aircraft can detect, track, and identify targets in their patrol area and transmit this information to allied forces. The aircraft can also perform airspace management, fighter positioning and interception control, signals intelligence, and surveillance missions.