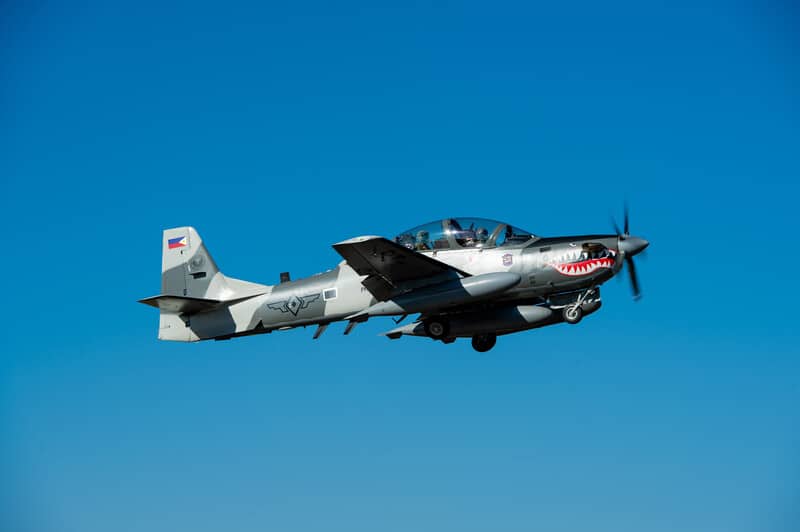 Embraer has officially handed over all six Super Tucano aircraft ordered by The Philippine Air Force (PAF) to the service.

“The addition of these close air support aircraft is a great leap in our air power capability as we soar together in our flight to a more capable and credible Air Force for the nation and its people,”  said Lieutenant General Allen T. Paredes AFP, Commanding General of the Philippine Air Force.

“It is an honour to deliver these six A-29 Super Tucanos to The Philippine Air Force,” said Jackson Schneider, President and CEO of Embraer Defense & Security. “Delivering an aircraft amidst a global pandemic is challenging, but we were committed to go the extra mile every step of the way to have the aircraft in the hands of PAF to fulfil their security missions.”

The aircraft will be operated and maintained by the 15th Strike Wing, the PAF’s end-user. It was in November 2017 that Philippine ordered the six aircraft.

The A-29 Super Tucano is a durable, versatile and powerful turboprop aircraft capable of carrying out a wide range of missions, even operating from unimproved runways. To date, the Super Tucano has been selected by 15 air forces.