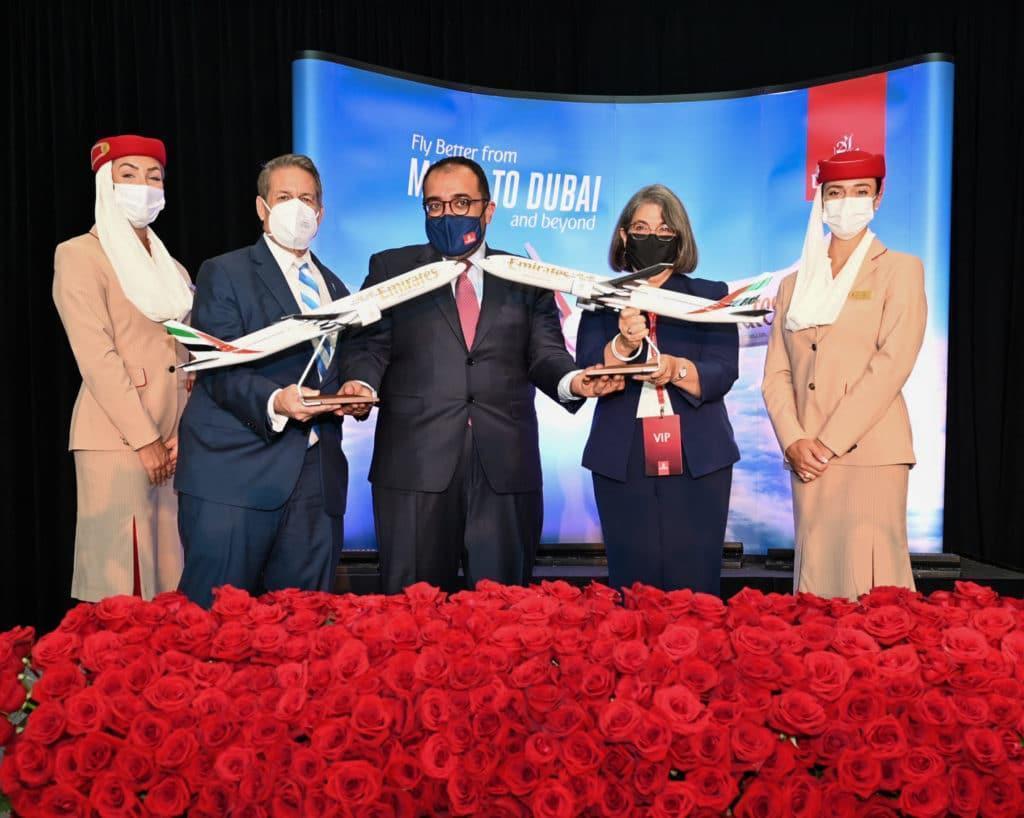 Emirates has launched its first-ever passenger service between Dubai and Miami. The airline’s inaugural flight of its four-times-a-week service touched down in Miami on July 22.

For the first flight, the airline operated its Boeing 777 Gamechanger, and on the ground, showcased the interiors of the aircraft to guests, featuring its First-Class private suites. With floor to ceiling sliding doors and sleek design features inspired by the Mercedes-Benz S-Class, Emirates’ First Class suites on the Gamechanger offer up to 40 square feet of personal space each, and ultra-modern design features.

The airline will subsequently operate its three-class Boeing 777-300ER on the route, featuring eight private suites in First-Class, 42 lie flat seats in Business Class and 304 spacious seats in Economy Class for the four times a week service.

Along with Orlando, the new service to Miami provides an additional access point to and from Florida and expands Emirates’ US network to 12 destinations on over 70 weekly flights. It also links travellers from Miami, as well as Southern Florida, South America and the Caribbean to over 50 points across the Middle East, West Asia, Africa, Far East and the Indian Ocean Islands through Dubai.

“We are thrilled to start our long-anticipated service between Dubai and Miami for travellers,” said Essa Sulaiman Ahmed, Emirates’ Divisional Vice President, USA and Canada. “We expect that the service will be popular with our customers who are seeking new experiences as countries like the UAE and US advance their vaccination drives and the world safely opens up for international travel.”

The new service will also add to the existing trade connections provided by Emirates SkyCargo, which has been operating passenger freighter services to Miami since October last year.