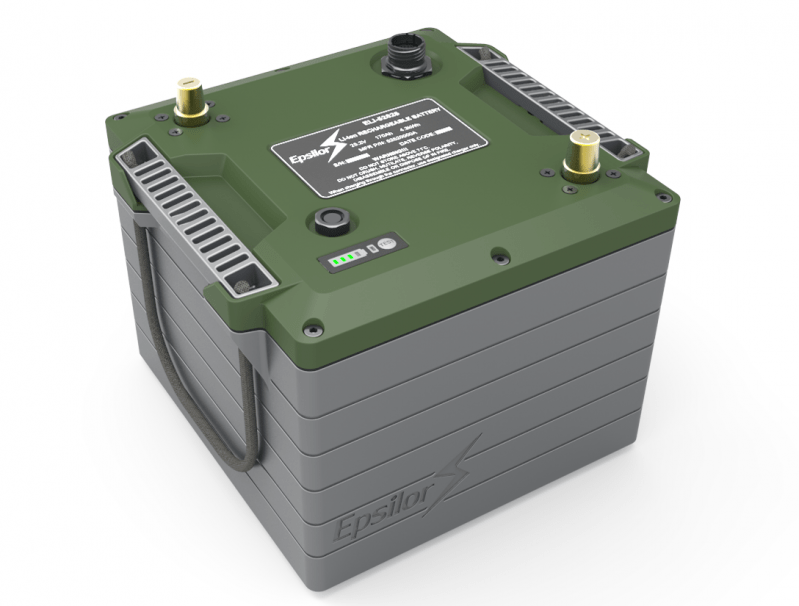 An Israeli developed battery solves some acute problems of main battle tanks and APC’s, as it allows them to switch off their main engines, when silence is a crucial factor.

According to Epsilor, its Lithium Ion 6T battery ELI-5252​6 has completed an all-terrain field test of over 3,000km onboard IDF armored vehicles, the company has announced.

Epsilor will present its 6T batteries alongside its other military vehicle.

According to the company, since its release in 2017, the 6T ELI-52526 has accumulated 10 customers worldwide. These customers tested their batteries onboard several different vehicles among which are Main Battle Tanks (MBT), Armored Fighting Vehicles (AFV), Light Reconnaissance Vehicles and as energy banks for mobile shelters.

The applications include “silent watch” missions, start-up and “start-stop” missions, and energy storage.

The company says that the 6T ELI-52526 4.2 kWh battery offers the highest energy density on the market, 1,000 deep discharge/charge cycles and cold crank start of 1,100A at ambient temperature of -19°C.

Generating 1,200A start current at a wide range of temperatures and a self-heating capability, the ELI-52526 also offers several unique features, such as “high current charge management” that enables the battery to operate with high power alternators without disconnecting as a result of high inrush current. This feature also enables the battery to perform autonomously in legacy vehicles that have no mission computers and cannot control the battery. The battery can also operate with modern computerized vehicles in which the battery can either operate independently or be monitored and controlled by the vehicle mission system.