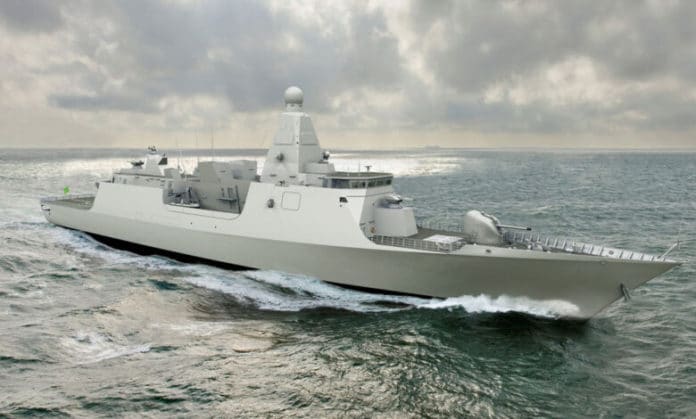 Mazagon Dock Shipbuilders (MDL) from India is showcasing its wide range of combat ships and promoting the Indian government’s “Make in India” initiative at the ongoing Euronaval Online.

Since 1979, the company has been manufacturing warships and submarines for the Indian Navy and offshore platforms and associated support vessels for offshore oil drilling. The company’s virtual booth at the event features the Sahyadri Stealth Class frigate, the Kolkata Class destroyer,  Project 17A Nilgiri Class Frigate, and Project 15B Visakhapatnam Class Destroyer.

The company is currently involved in the construction of four P17A Stealth frigates for the Indian Navy.  The vessels are expected to have all the latest stealth features. The Nilgiri-class frigate or Project 17A, is a follow-on of the Project 17 Shivalik-class frigate for the service.  A total of seven ships will be built, three of them by Garden Reach Shipbuilders & Engineers in Kolkata.

Last month, the Indian Ministry of Defence announced that construction had started on the third ship under the P17A-class stealth frigates that are being constructed with indigenously developed steel. GE Marine will supply gas turbine auxiliary equipment for the LM2500 engines integrated into the new P17A stealth frigates.

MDL is also currently involved in building the Visakhapatnam  (Project 15B) class of stealth guided missile destroyers for the Indian Navy. The destroyers are an improved version of the Kolkata-class (Project 15A) and will feature enhanced stealth characteristics. The first of the four ships is expected to enter service in 2021.

The Kalvari class is a class of diesel-electric attack submarines based on the Scorpène-class submarine being built by MDS for the Indian Navy. The fourth such submarine being constructed by MDL was launched in May last year. The vessels in the class are capable of a variety of offensive operations, including anti-surface warfare, anti-submarine warfare, intelligence gathering, mine laying and area surveillance.