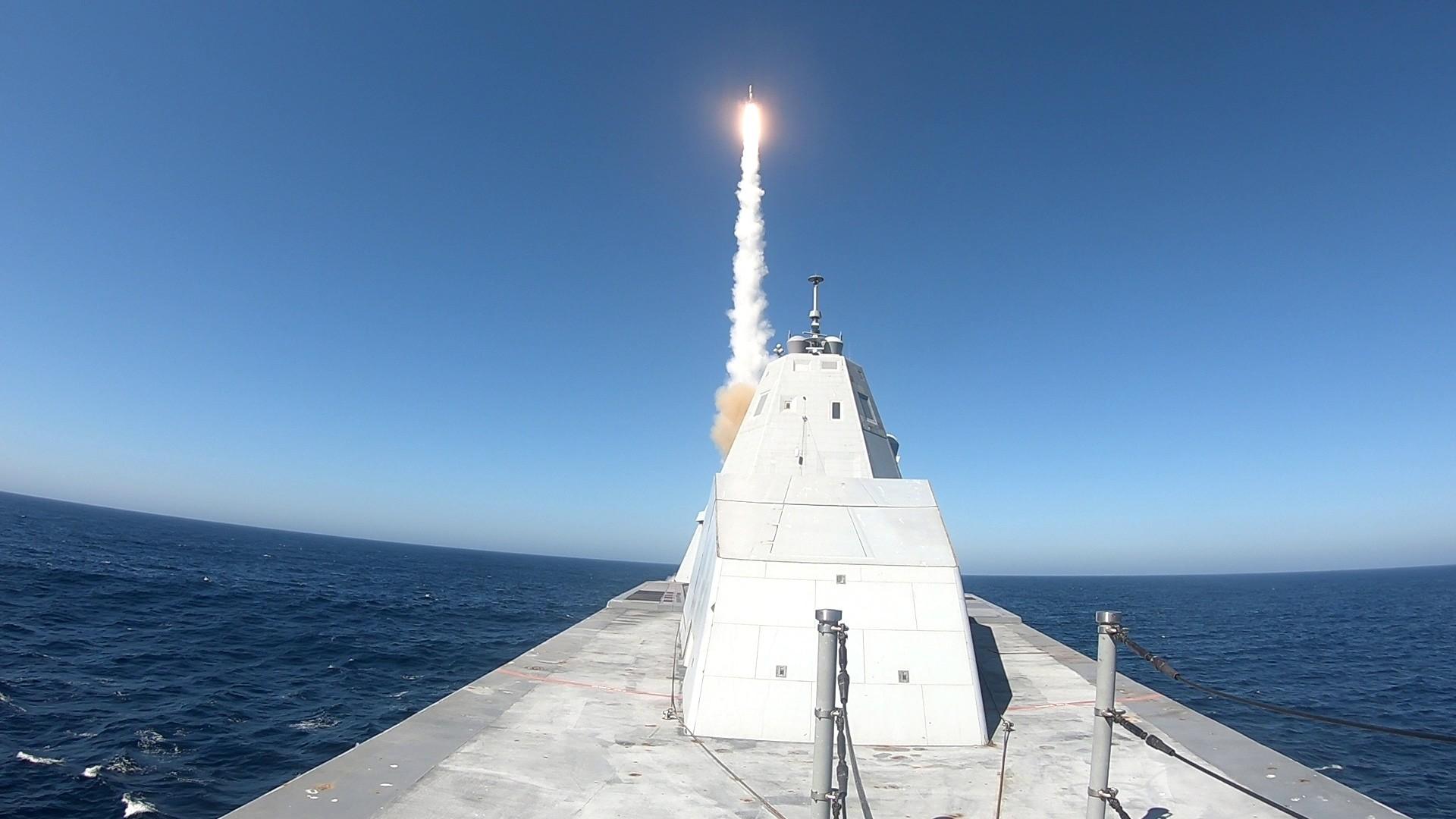 As the first-in-class ship, USS Zumwalt successfully demonstrated its capability to detect, track and engage an Anti-Ship Cruise Missile threat with a SM-2. The structural test fire assessed the material readiness of the ship against shock and vibration of the weapon firing, as well as measure any hazards or degradations as a result of firing live ordnance.

“The successful test not only demonstrates the ship’s capability to fire missiles and conduct self-defence, it is also a significant step toward more advanced combat system testing and operations for our Navy’s most technically innovative warship,” said Capt. Matt Schroeder, DDG 1000 program manager. “The USS Zumwalt crew and Surface Development Squadron One are working hand-in-hand with the acquisition community to advance this ship’s operational capability.”

The ships’ stealth and ability to operate in both the open-ocean and near-shore environments creates a new level of battlespace complexity for potential adversaries. The Zumwalt class will also operate as a key enabler in the acceleration of new warfighting capabilities and rapid development and validation of operational tactics, techniques, and procedures.

DDG 1000 achieved sufficient combat system installation and activation earlier this year for the Navy to take final delivery and transition to the next phase of developmental and integrated at-sea testing.

At 610 feet long and 80 feet wide, Zumwalt is 100 feet longer and 13 feet wider than the Arleigh Burke-class destroyer, providing the space required to execute a wide array of surface, undersea, and aviation missions.

“The successful firing event is a critical milestone in the maturation of this incredible ship class and represents the culmination of a tremendous amount of hard work and partnership of Zumwalt’s talented crew and the engineers, designers, and programmers helping us to bring her capabilities to the Fleet,” said Capt. Gary Cave, Zumwalt’s commanding officer. “It is a day we’ve been looking forward to and demonstrates the strides we are taking to add combat capability to our surface force.”

The ship, homeported in San Diego, will continue tactical training and operational scenario engagement in support of attaining Initial Operational Capability in 2021.