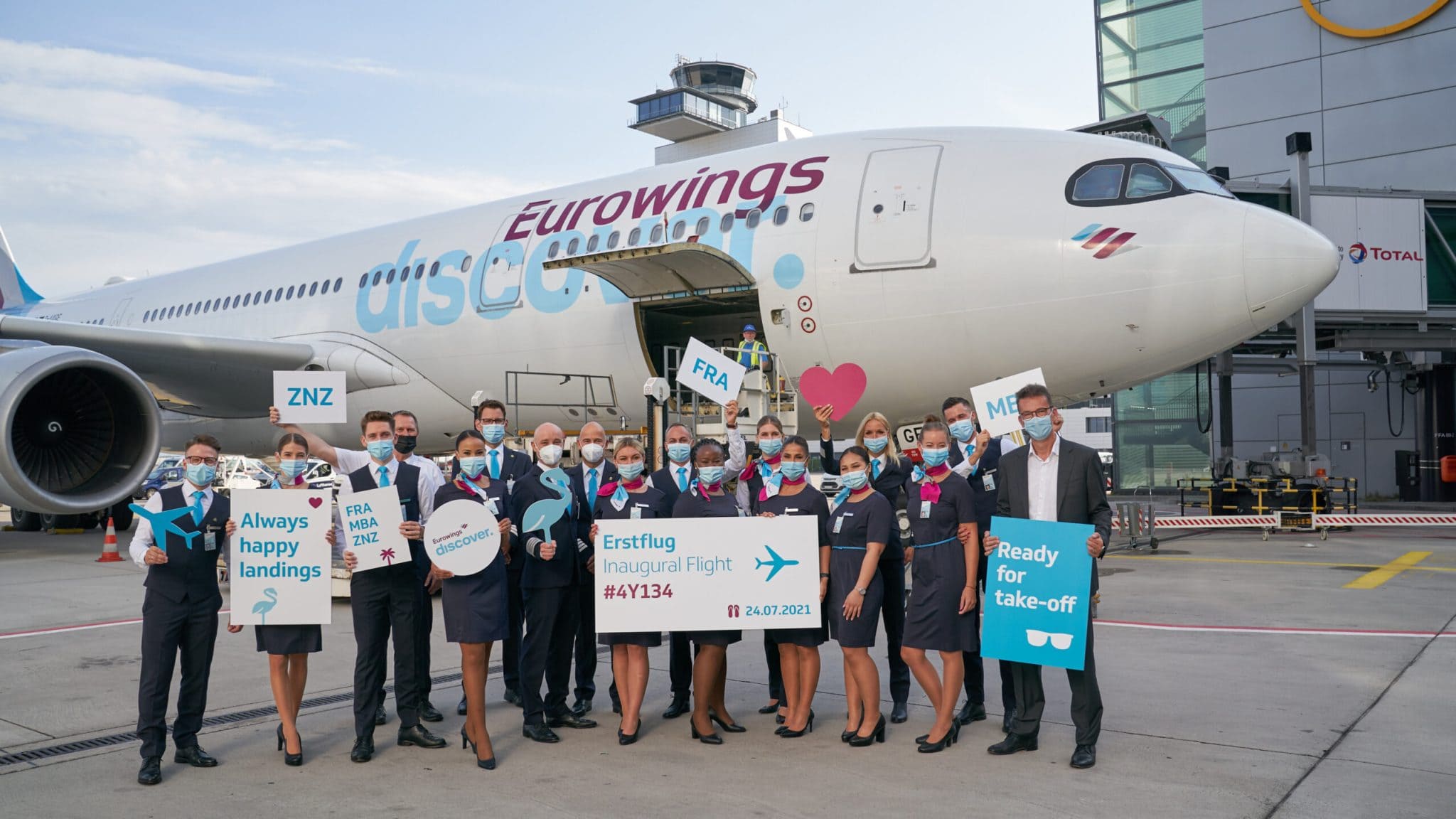 Operating as flight 4Y134, the Airbus A330-200 connected Frankfurt (FRA) with Zanzibar (ZNZ) via Mombasa (MBA) on. The aircraft has a total of 270 seats, comprising 22 lie-flat Business Class seats and 248 Economy Class seats. The airline says all of its aircraft will feature a maximum 31 Premium Economy Class seats.

The Lufthansa Group’s new leisure airline was granted its Air Operator Certificate (AOC) by the German Federal Aviation Authority on June 16. In addition to the sunny destinations Mombasa and Zanzibar, Eurowings Discover will be flying to Punta Cana from August 9 and to Windhoek from August 10.

On September 30, the airline will start operating from Frankfurt to Las Vegas and from October 1 to the dream island of Mauritius. Bridgetown (November 1), Cancún (November 1), Varadero (November 2) and Montego Bay (November 3) will also be added in the winter flight schedule.

“We have built an airline in just one year – an ambitious goal that we have achieved with the great support from the entire Lufthansa Group, a motivated team and in close cooperation with the German Federal Aviation Authority,” said Wolfgang Raebiger, CEO of Eurowings Discover and pilot onboard the first flight.

The carrier will expand its network with 15 new destinations in 2021.