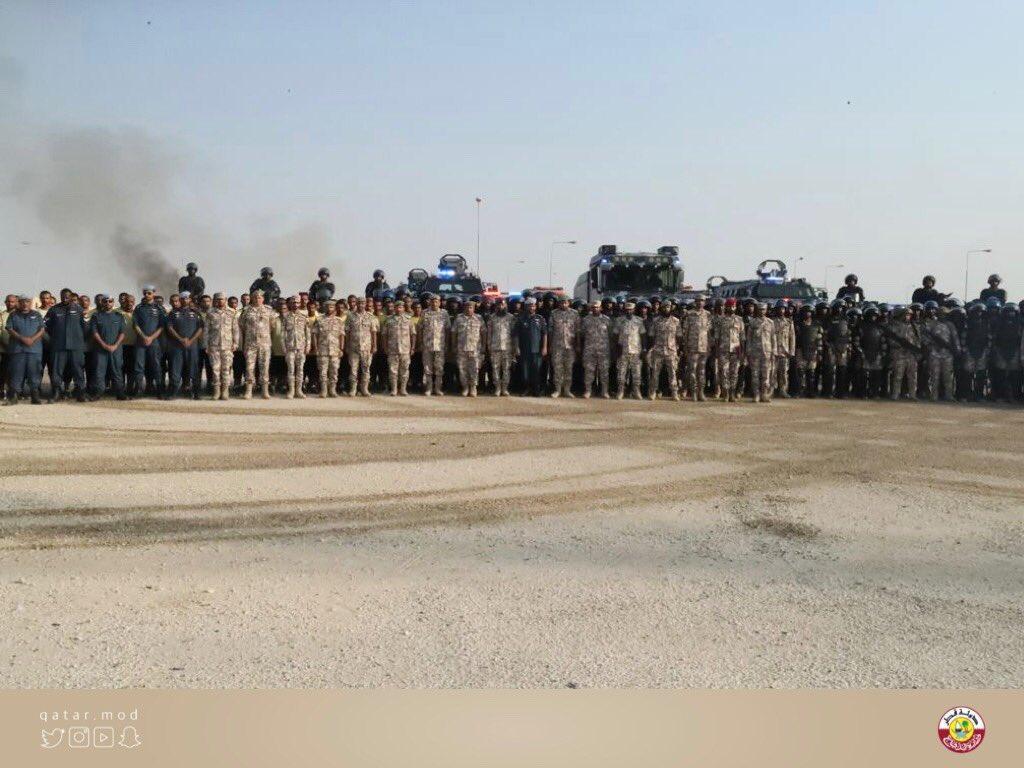 Exercise “Sword Edge” was held at the “Labseer” camp witnessed participation from the seventeenth batch of candidates at the military academy, who trained in counter insurgency and stabilization operations, in addition to learning to deal with non-peaceful demonstrations and riot control.

The closing ceremony of the exercise was attended by Brigadier General Juma Sultan Al Masifri, Acting Commander of the Ahmed bin Mohammad Military College, and several officers from the Combat Engineer Battalion in the Qatari Amiri Land Forces, the Qatari Amiri Air Force, the Military Police Forces, and the Lekhwiya Internal Security Forces.

The Ahmed bin Muhammad Military College is set in a sprawling campus with extensive infrastructure including shooting ranges, playgrounds and academic buildings.